Motion of System of Particles and Rigid Bodies (Physics)

1. Explain the types of equilibrium with suitable examples. 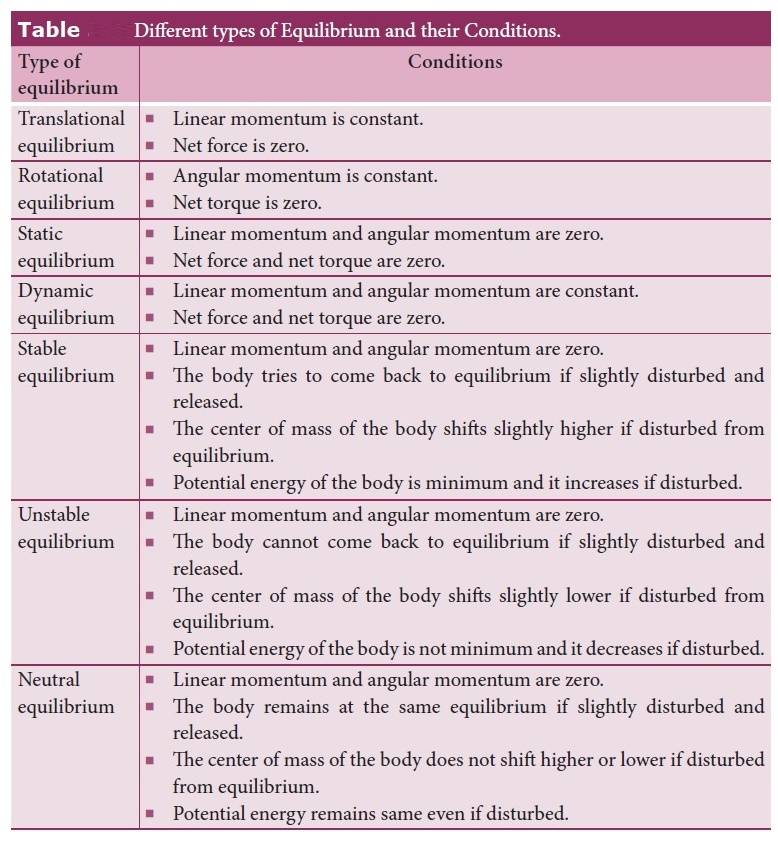 2. Explain the method to find the center of gravity of a irregularly shaped lamina. 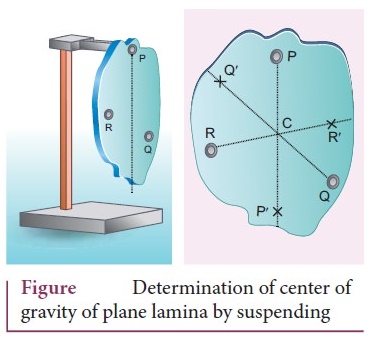 ● It is a measure of how difficult it is to rotate a particular body about a given axis.

● The vertical line is marked as PP’.

● Suspend the body through other points like Q and R.

● Mark the vertical line as QQ' and RR’.

● The intersection of the vertical (G) gives the centre of gravity of a irregularly shaped lamina.

3. Explain why a cyclist bends while negotiating a curve road? Arrive at the expression for angle of bending for a given velocity.

● Let us consider a cyclist negotiating a circular level road of radius ‘r’ with a speed ‘v’.

● The cycle and the cyclist are considered as one system with mass m.

● The line OC are x axis, and the vertical line through O as Z axis

● The system is at rest in this rotating frame.

The force acting on the system are

● The System is in equlibrium in the rotational frames of reference. 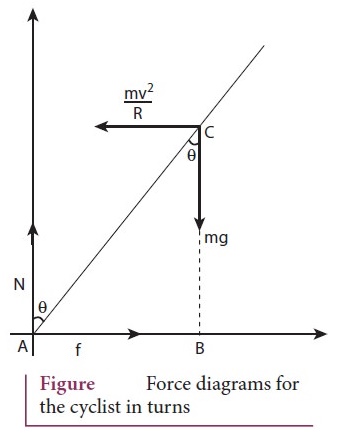 ● The torque due to gravitational force about point A = −mgAB (Clockwise)

A cyclist has to bend by an angle θ to stay in equilibrium.

4. Derive the expression for moment of inertia of a rod about its center and perpendicular to the rod.

● First an origin is to be fixed for the coordinate system which is also the geometric centre of the rod.

● The rod is now along x axis.

● An infinitesimally small mass (dm) at a distance x from origin. 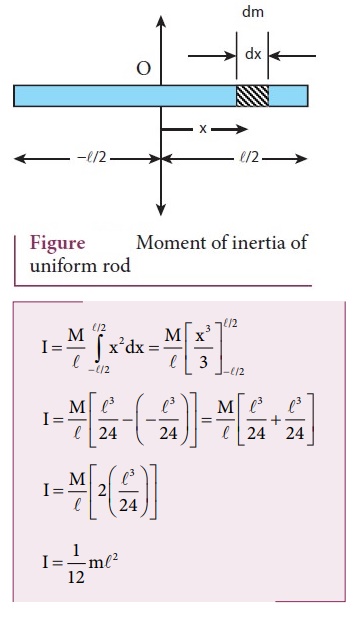 5. Derive the expression for moment of inertia of a uniform ring about an axis passing through the center and perpendicular to the plane.

● Let us consider a uniform ring of mass M and radius R.

R - Radius of the ring from the axis. 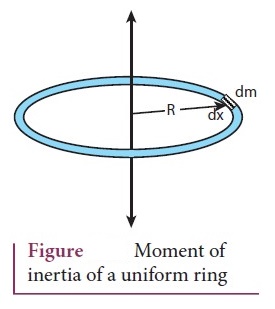 To cover entire length limits taken from 0 to 2πR 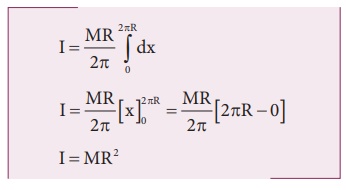 6. Derive the expression for moment of inertia of a uniform disc about an axis passing through the center and perpendicular to the plane.

Consider a disc of mass M and radius R. This disc is mad up of many infinite simally small rings 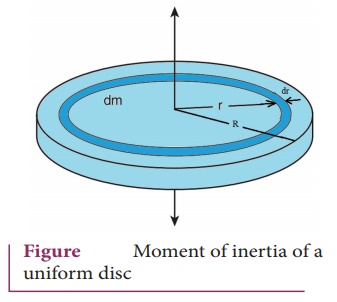 Where 2πrdr is the area of this element ring 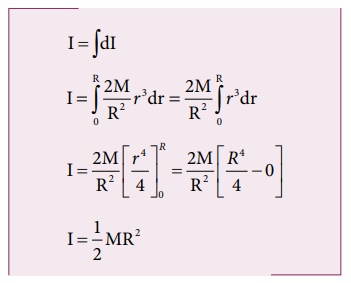 ● When no external torque acts on the body the net angular momentation of a rotating rigid body remains conslant.

● I increases ω will decrease and vice-versa. Example: The ice dancer

● Stretching of hands away from body increases moment of inertia, thus the angular velocity decreases resulting in slower spin.

● When the hands are brought close to the body, the moment of inertia decreases, and thus the angular velocity increases resulting in faster spin.

● Let us consider a rigid body as shown in Figure

● Its moment of inertia about an axis AB passing through the center of mass is Ic. 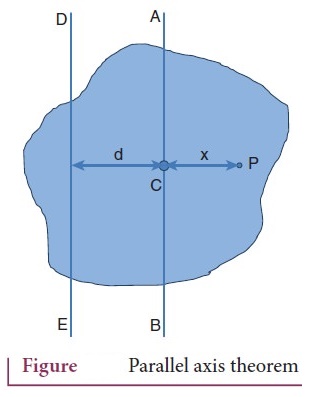 ● DE is another axis parallel to AB at a perpendicular distance d from AB. The moment of inertia of the body about DE is I.

● let us consider a point mass m on the body at position x from its center of mass.

● The moment of inertia I of the whole body about

Σmx = O (because, x can take positive and negative values with respect to the axis AB.) 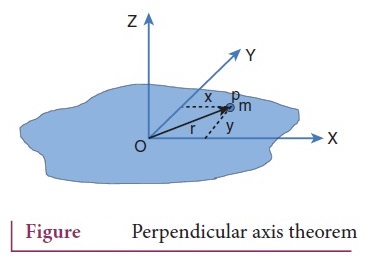 ● let us consider a plane laminar object of negligible thickness on which lies the origin (O).

● The X and Y-axes lie on the plane and Z-axis is perpendicular to it.

● The laminar is considered to be made up of a large number of particles of mass m. Let us choose one such particle at a point P which has coordinates (x, y) at a distance r from O.

● The moment of inertia of the particle about Z axis = mr2

Σmx2 - moment of intertia of the body about the y axis.

Σmy2 - moment of intertia of the body about the x axis.

The perpendicular axis theorem is proved.

10. Discuss rolling on inclined plane and arrive at the expression for the acceleration.

● There are two forces acting on the object

● The other component of gravitational force (mg cosθ) is cancelled by the normal force (N) exerted by the plane.

● For translational motion, mg sinθ is the supporting force and f is the opposing force,

● For rotational motion, let us take the torque with respect to the center of the object.

● Then mg sinθ cannot cause torque as it passes through it but the frictional force f can set torque of Rf.