When no external torque acts on the body, the net angular momentum of a rotating rigid body remains constant.

The above equations say that if I increases ω will decrease and vice-versa to keep the angular momentum constant. 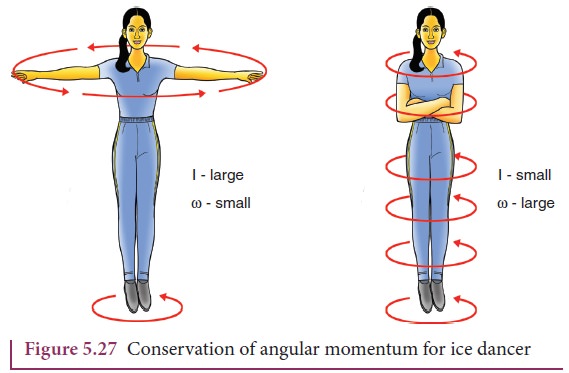 A diver while in air as in Figure 5.28 curls the body close to decrease the moment of inertia, which in turn helps to increase the number of somersaults in air. 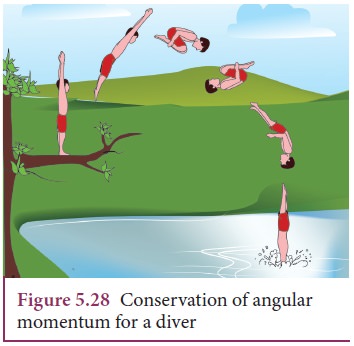 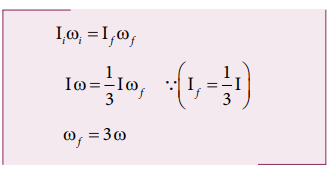