Thermal expansion is the tendency of matter to change in shape, area, and volume due to a change in temperature.

Thermal expansion is the tendency of matter to change in shape, area, and volume due to a change in temperature.

All three states of matter (solid, liquid and gas) expand when heated. When a solid is heated, its atoms vibrate with higher amplitude about their fixed points. The relative change in the size of solids is small. Railway tracks are given small gaps so that in the summer, the tracks expand and do not buckle. Railroad tracks and bridges have expansion joints to allow them to expand and contract freely with temperature changes. It is shown in Figure 8.3 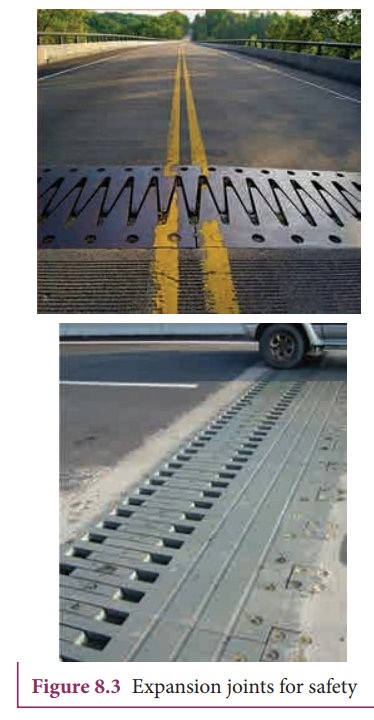 Liquids, have less intermolecular forces than solids and hence they expand more than solids. This is the principle behind the mercury thermometers.

In the case of gas molecules, the intermolecular forces are almost negligible and hence they expand much more than solids. For example in hot air balloons when gas particles get heated, they expand and take up more space. 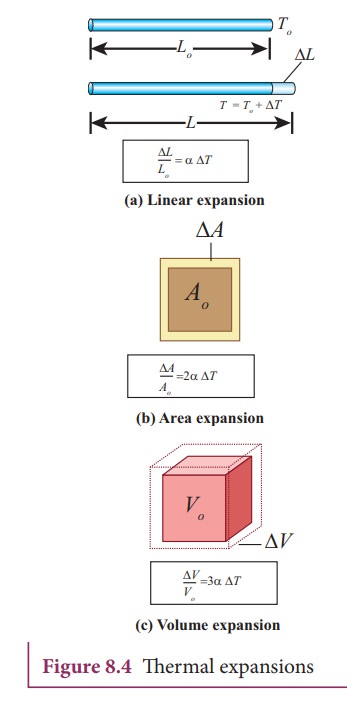 In solids, for a small change in temperature ΔT, the fractional change in length (∆L/L) is directly proportional to ΔT.

Where, αL = coefficient of linear expansion.

Eiffel tower is made up of iron and its height is roughly 300 m. During winter season (January) in France the temperature is 2°C and in hot summer its average temperature 25°C. Calculate the change in height of Eiffel tower between summer and winter. The linear thermal expansion coefficient for iron α = 10 ×10−6 per °C 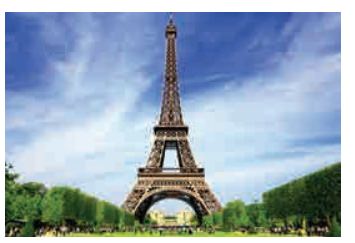 For a small change in temperature ΔT the fractional change in volume (ΔV/V) of a substance is directly proportional to ΔT.

Where, αV = coefficient of volume expansion.

Unit of coefficient of linear, area and volumetric expansion of solids is ˚C-1 or K-1