Liquids expand on heating and contract on cooling at moderate temperatures.

Liquids expand on heating and contract on cooling at moderate temperatures. But water exhibits an anomalous behavior. It contracts on heating between 0˚C and 4˚C. The volume of the given amount of water decreases as it is cooled from room temperature, until it reach 4˚C . Below 4˚C the volume increases and so the density decreases. This means that the water has a maximum density at 4˚C . This behavior of water is called anomalous expansion of water. It is shown in the Figure 8.5. 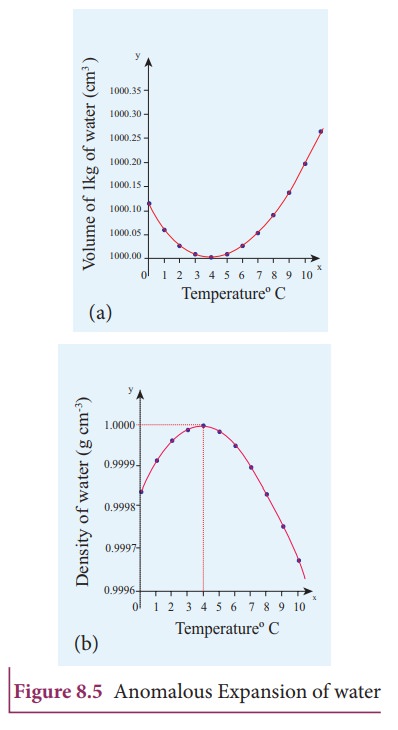 In cold countries during the winter season, the surface of the lakes will be at lower temperature than the bottom as shown in the Figure 8.6. Since the solid water (ice) has lower density than its liquid form, below 4°C, the frozen water will be on the top surface above the liquid water (ice floats).

This is due to the anomalous expansion of water. As the water in lakes and ponds freeze only at the top the species living in the lakes will be safe at the bottom. 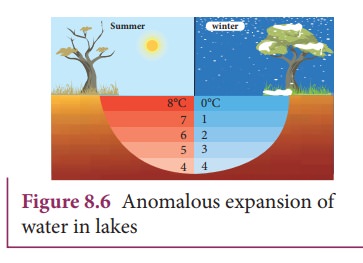