This is a device used to protect tall buildings from lightning strikes. It works on the principle of action at points or corona discharge.

This device consists of a long thick copper rod passing from top of the building to the ground. The upper end of the rod has a sharp spike or a sharp needle as shown in Figure 1.64 (a) and (b). 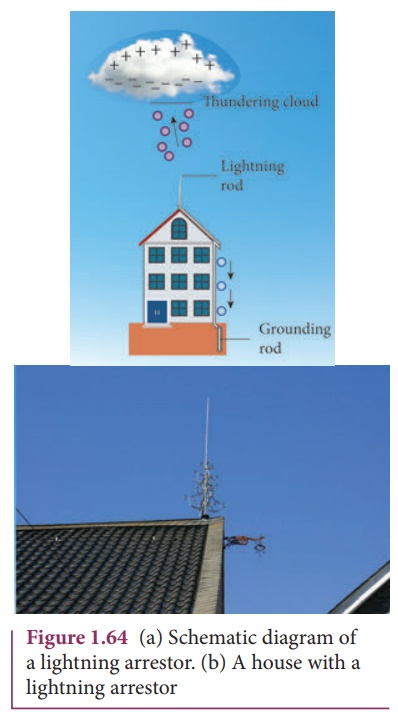 The lower end of the rod is connected to the copper plate which is buried deep into the ground. When a negatively charged cloud is passing above the building, it induces a positive charge on the spike. Since the induced charge density on thin sharp spike is large, it results in a corona discharge. This positive charge ionizes the surrounding air which in turn neutralizes the negative charge in the cloud. The negative charge pushed to the spikes passes through the copper rod and is safely diverted to the Earth. The lightning arrester does not stop the lightning; rather it diverts the lightning to the ground safely. 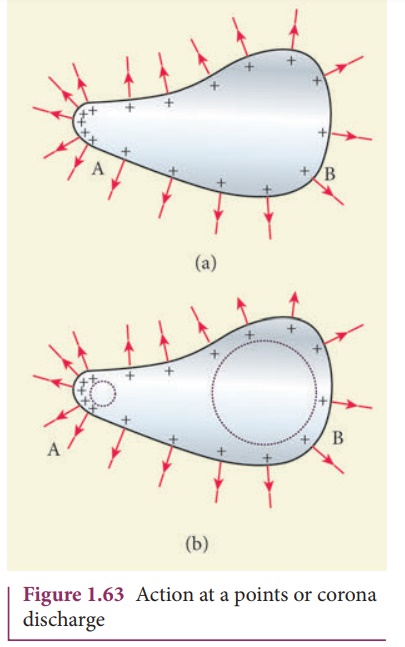