Induced Electric field inside the dielectric

Induced Electric field inside the dielectric

But inside the dielectric, the net charge is zero even in a small volume. So the dielectric in the external field is equivalent to two oppositely charged sheets with the surface charge densities +σb and –σb. These charges are called bound charges. They are not free to move like free electrons in conductors. This is shown in the Figure 1.52(b). 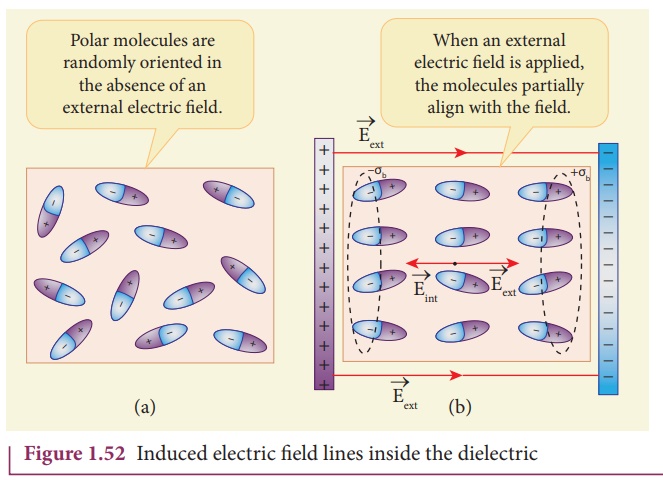 For example, the charged balloon after rubbing sticks onto a wall. The reason is that the negatively charged balloon is brought near the wall, it polarizes opposite charges on the surface of the wall, which attracts the balloon. This is shown in Figure 1.53. 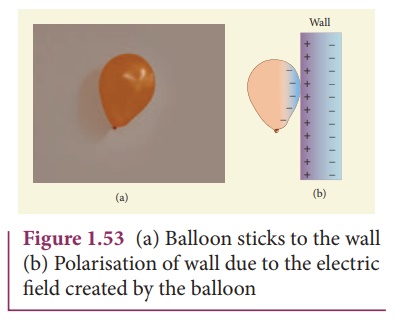