A dielectric is a non-conducting material and has no free electrons.

A non-polar molecule is one in which centers of positive and negative charges coincide. As a result, it has no permanent dipole moment. Examples of non-polar molecules are hydrogen (H2), oxygen (O2), and carbon dioxide (CO2) etc. 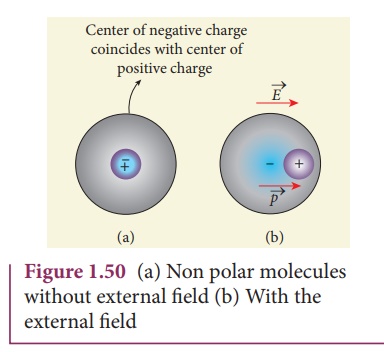 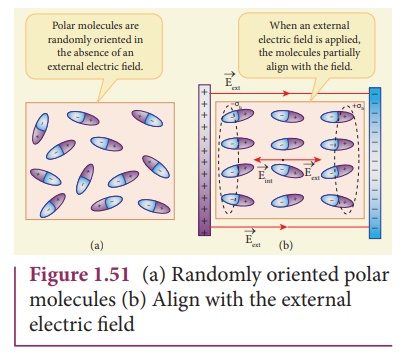 where Ď‡e is a constant called the electric susceptibility which is a characteristic of each dielectric.