The interaction between two charges is determined by Coulomb’s law.

The interaction between two charges is determined by Coulomb’s law. How does the interaction itself occur? Consider a point charge kept at a point in space. If another point charge is placed at some distance from the first point charge, it experiences either an attractive force or repulsive force. This is called ‘action at a distance’. But how does the second charge know about existence of the first charge which is located at some distance away from it? To answer this question, Michael Faraday introduced the concept of field.

According to Faraday, every charge in the universe creates an electric field in the surrounding space, and if another charge is brought into its field, it will interact with the electric field at that point and will experience a force. It may be recalled that the interaction of two masses is similarly explained using the concept of gravitational field (Refer unit 6, volume 2, XI physics). Both the electric and gravitational forces are non-contact forces, hence the field concept is required to explain action at a distance.

Consider a source point charge q located at a point in space. Another point charge qo (test charge) is placed at some point P which is at a distance r from the charge q. The electrostatic force experienced by the charge qo due to q is given by Coulomb’s law.

Here ^r is the unit vector pointing from q to the point of interest P. The electric field is a vector quantity and its SI unit is Newton per Coulomb (NC-1). 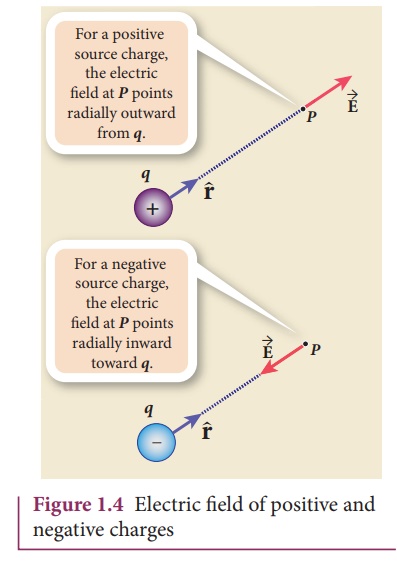 (ii) If the electric field at a point P is

, then the force experienced by the test charge qo placed at the point P is

This is Coulomb’s law in terms of electric field. This is shown in Figure 1.5 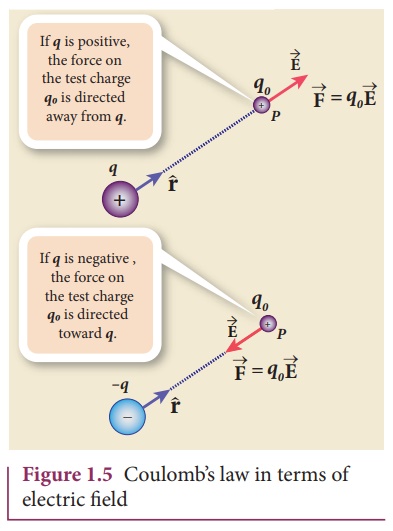 (iii) The equation (1.4) implies that the electric field is independent of the test charge qo and it depends only on the source charge q.

(iv) Since the electric field is a vector quantity, at every point in space, this field has unique direction and magnitude as shown in Figures 1.6(a) and (b). From equation (1.4), we can infer that as distance increases, the electric field decreases in magnitude. 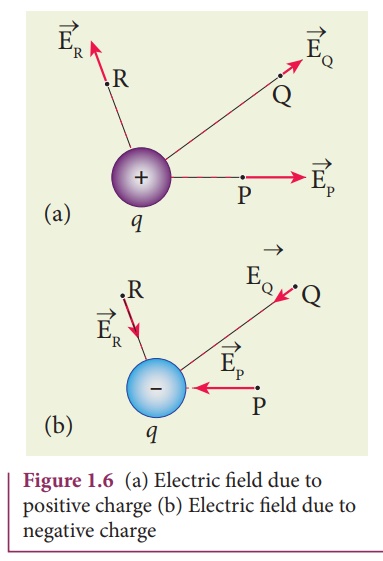 (vi) The expression (1.4) is valid only for point charges. For continuous and finite size charge distributions, integration techniques must be used These will be explained later in the same section. However, this expression can be used as an approximation for a finite-sized charge if the test point is very far away from the finite sized source charge. Note that we similarly treat the Earth as a point mass when we calculate the gravitational field of the Sun on the Earth (refer unit 6, volume 2, XI physics). 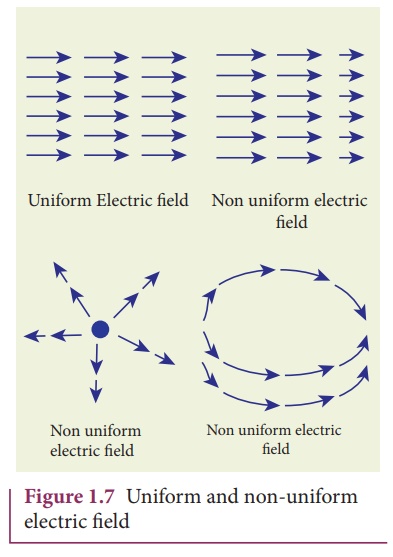 Calculate  the electric field at points P, Q for the following two cases, as shown in the figure. 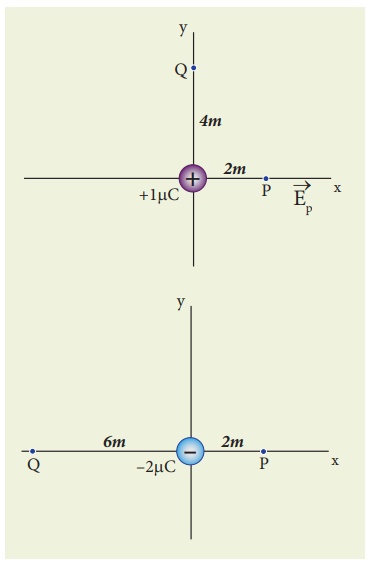 The magnitude of the electric field at point P is 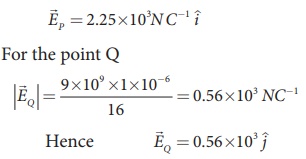 The magnitude of the electric field at point P 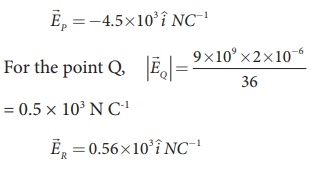 At the point Q the electric field is directed along the positive x-axis. 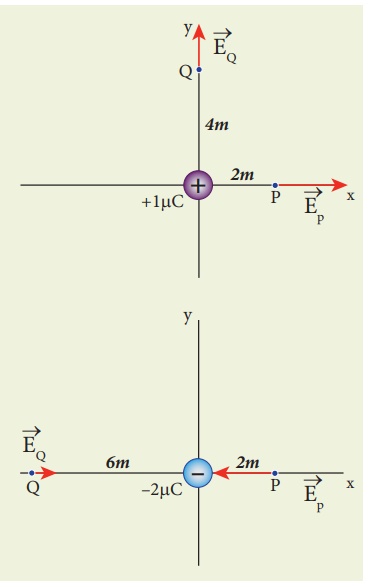