According to this superposition principle, the total force acting on a given charge is equal to the vector sum of forces exerted on it by all the other charges.

Here ^r21 is the unit vector from q2 to q1 along the line joining the two charges and r21 is the distance between the charges q1 and q2. The electrostatic force between two charges is not affected by the presence of other charges in the neighbourhood.

By continuing this, the total force acting on the charge q1 due to all other charges is given by 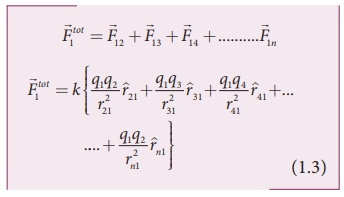 Consider four equal charges q1,q2, q3 and q4 = q = +1μC located at four different points on a circle of radius 1m, as shown in the figure. Calculate the total force acting on the charge q1 due to all the other charges. 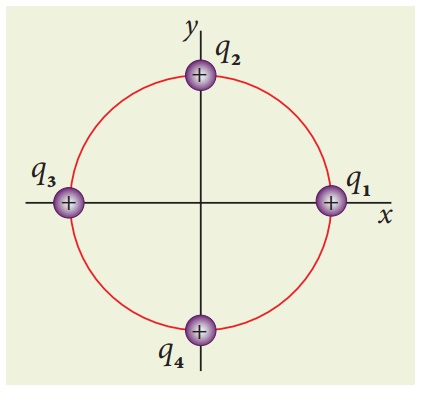 According to the superposition principle, the total electrostatic force on charge q1 is the vector sum of the forces due to the other charges,

The following diagram shows the direction of each force on the charge q1. 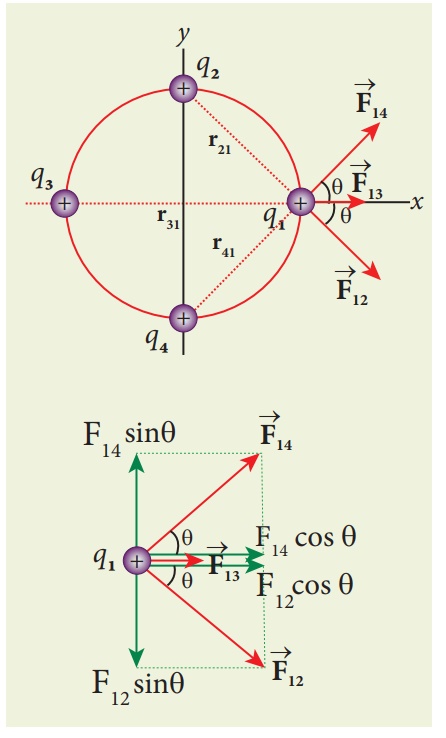 The charges q2 and q4 are equi-distant from q1. As a result the strengths (magnitude) of the forces

are the same even though their directions are different. Therefore the vectors representing these two forces are drawn with equal lengths. But the charge q3 is located farther compared to q2 and q4. Since the strength of the electrostatic force decreases as distance increases, the strength of the force

is lesser than that of forces

. Hence the vector representing the force

is drawn with smaller length compared to that for forces 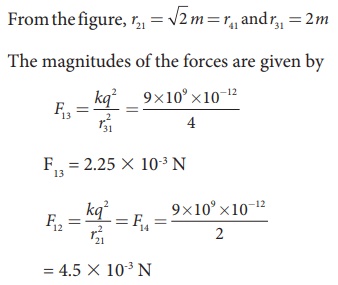 From the figure, the angle θ = 45º. In terms of the components, we have 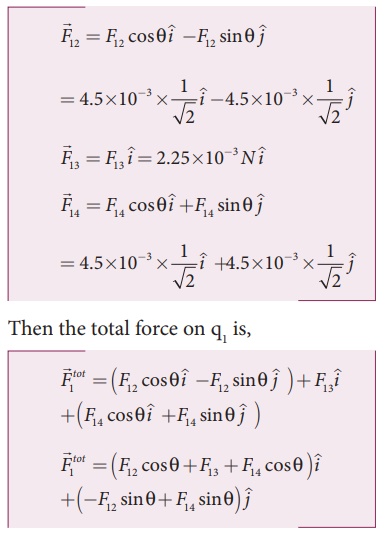 substituting the values in the above equation,

The resultant force is along the positive x axis.