Consider two point charges q1 and q2 at rest as shown in the figure. 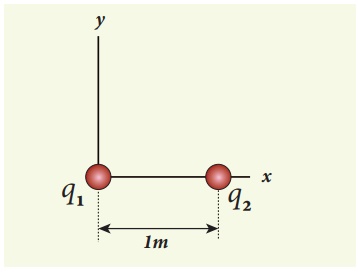 They are separated by a distance of 1m. Calculate the force experienced by the two charges for the following cases: 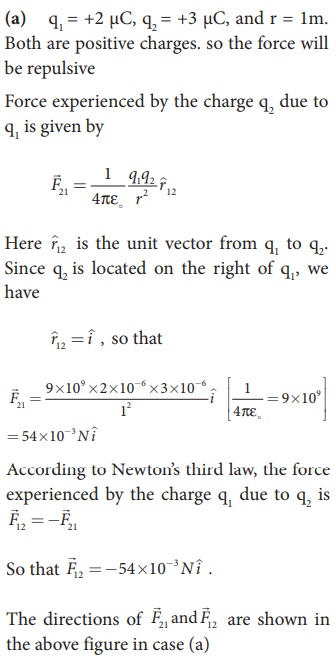 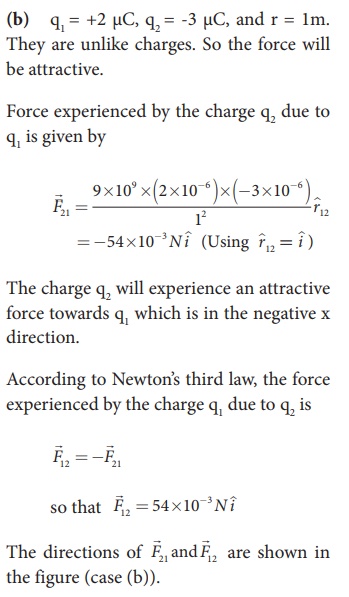 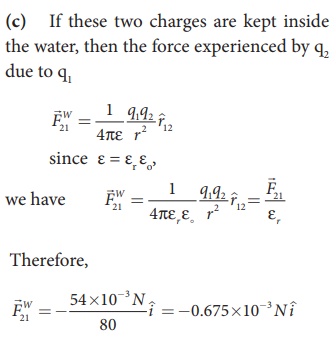 Two small-sized identical equally charged spheres, each having mass 1 mg are hanging in equilibrium as shown in the figure. The length of each string is 10 cm and the angle θ is 7° with the vertical. Calculate the magnitude of the charge in each sphere. 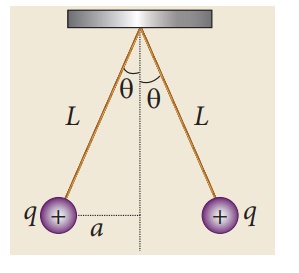 If the two spheres are neutral, the angle between them will be 0o when hanged vertically. Since they are positively charged spheres, there will be a repulsive force between them and they will be at equilibrium with each other at an angle of 7° with the vertical. At equilibrium, each charge experiences zero net force in each direction. We can draw a free body diagram for one of the charged spheres and apply Newton’s second law for both vertical and horizontal directions.

The free body diagram is shown below. 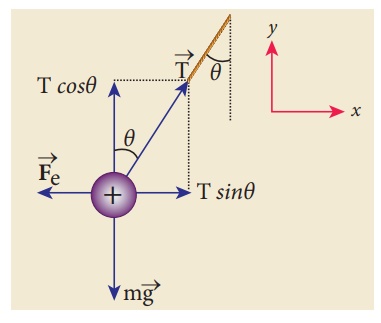 In the x-direction, the acceleration of the charged sphere is zero.

Here T is the tension acting on the charge due to the string and Fe is the electrostatic force between the two charges.

In the y-direction also, the net acceleration experienced by the charge is zero. 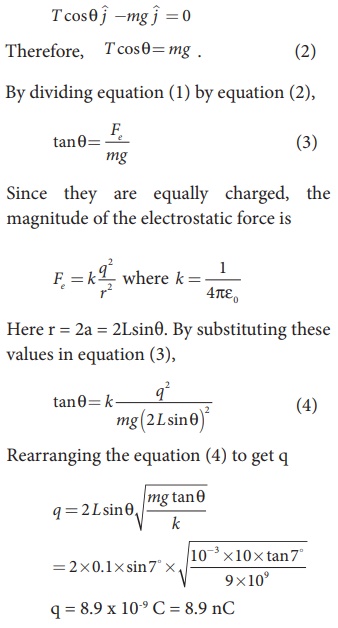 The proton and the electron attract each other. The magnitude of the electrostatic force between these two particles is given by 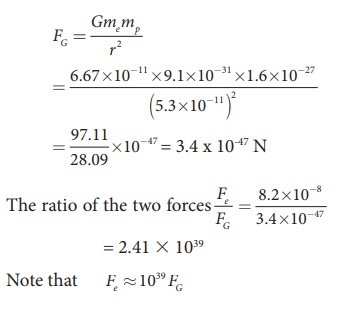 The electrostatic force between a proton and an electron is enormously greater than the gravitational force between them. Thus the gravitational force is negligible when compared with the electrostatic force in many situations such as for small size objects and in the atomic domain. This is the reason why a charged comb attracts an uncharged piece of paper with greater force even though the piece of paper is attracted downward by the Earth. This is shown in Figure 1.3 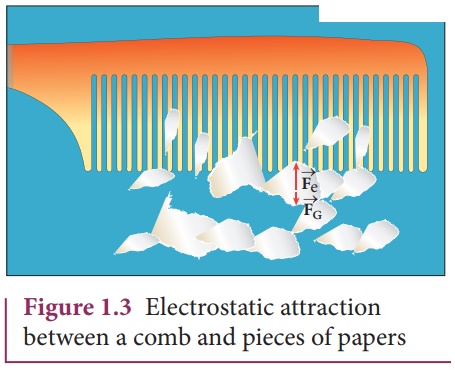