Consider an AC circuit in which there is a phase angle of ϕ between VRMS and IRMS and voltage is assumed to be leading the current by ϕ as shown in the phasor diagram (Figure 4.55). 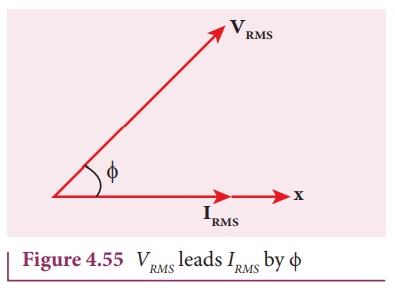 Now, IRMS is resolved into two perpendicular components namely, IRMS cos φ along VRMS and IRMS sin φ perpendicular to VRMS as shown in Figure 4.56. 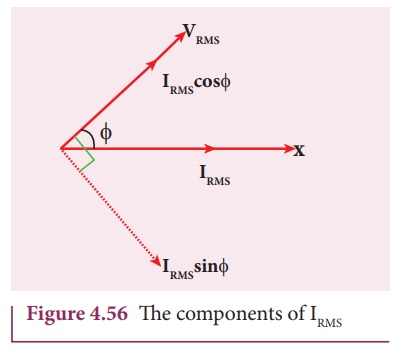 (i) The component of current ( I RMS cos φ) which is in phase with the voltage is called active component. The power consumed by this current VRMS IRMS cos φ . So that it is also known as ‘Wattful’ current.

(ii) The other component ( I RMS sin φ) which has a phase angle of π/2  with the voltage is called reactive component. The power consumed is zero. So that it is also known as ‘Wattless’ current.