AC circuit containing only an inductor

Consider a circuit containing a pure inductor of inductance L connected across an alternating voltage source .

AC circuit containing only an inductor

The alternating current flowing through the inductor induces a self-induced emf or back emf in the circuit. The back emf is given by

By applying Kirchoff’s loop rule to the purely inductive circuit, we get 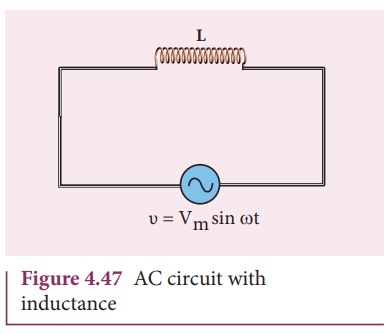 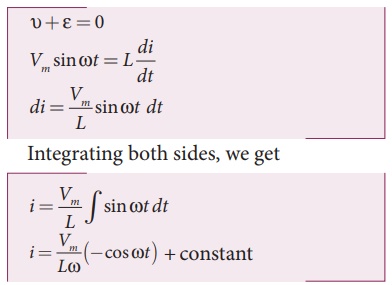 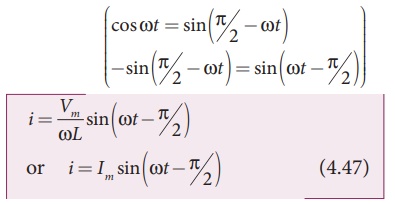 where Vm / ωL =Im , the peak value of the  alternating current in the circuit. From equation (4.46) and (4.47), it is evident that current lags behind the applied voltage by π/2 in an inductive circuit. This fact is depicted in the phasor diagram. In the wave diagram also, it is seen that current lags the voltage by 90º (Figure 4.48). 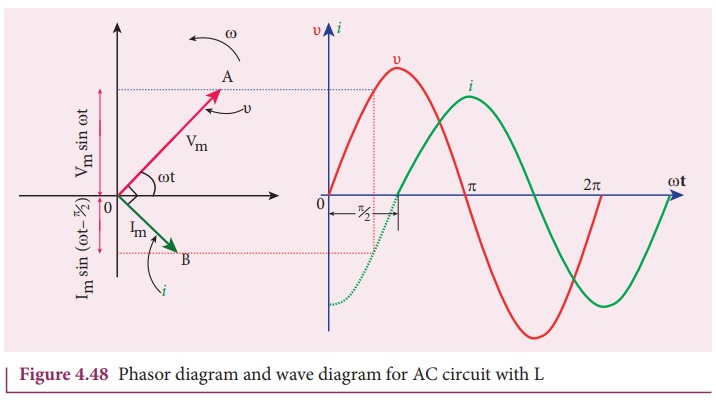 The inductive reactance (XL) varies directly as the frequency.

where f is the frequency of the alternating current. For a steady current, f = 0. Therefore, XL = 0. Thus an ideal inductor offers no resistance to steady DC current.

A 400 mH coil of negligible resistance is connected to an AC circuit in which an effective current of 6 mA is flowing. Find out the voltage across the coil if the frequency is 1000 Hz. 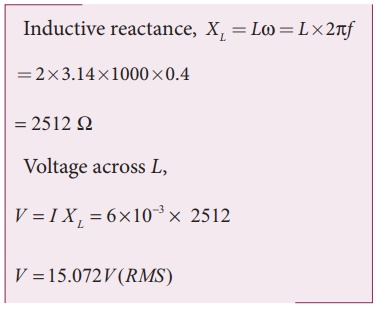