An alternating voltage is the voltage which changes polarity at regular intervals of time and the direction of the resulting alternating current also changes accordingly.

In the Figure 4.39(a), an alternating voltage source is connected to a resistor R in which the upper terminal of the source is positive and lower terminal negative at an instant. Therefore, the current flows in clockwise direction. After a short time, the polarities of the source are reversed so that current now flows in anti-clockwise direction (Figure 4.39(b)). This current which flows in alternate directions in the circuit is called alternating current. 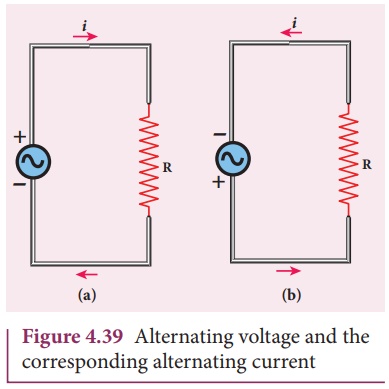 where Im is the maximum value (amplitude) of the alternating current. The direction of sinusoidal voltage or current is reversed after every half-cycle and its magnitude is also changing continuously as shown in Figure 4.40. 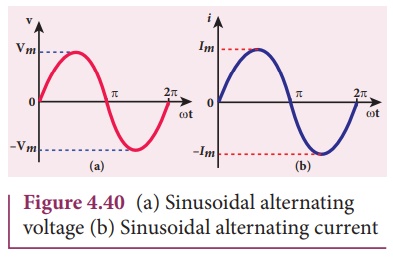