The circuit is said to be in electrical resonance. The frequency at which resonance takes place is called resonant frequency.

When the frequency of the applied alternating source ( ωr ) is equal to the natural  frequency | 1/ √(LC) | of  the  RLC circuit, the current in the circuit reaches its maximum value. Then the circuit is said to be in electrical resonance. The frequency at which resonance takes place is called resonant frequency. 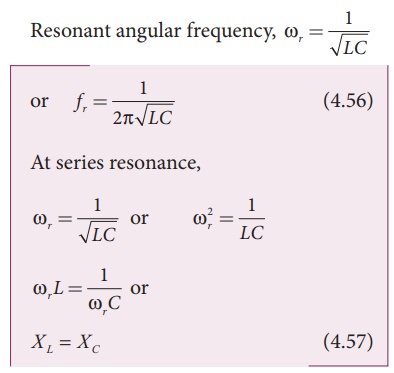 Since XL and XC are frequency dependent, the resonance condition ( X L = XC ) can be achieved by the varying the frequency of the applied voltage.

At resonance, the impedance is

Therefore, the current in the circuit is 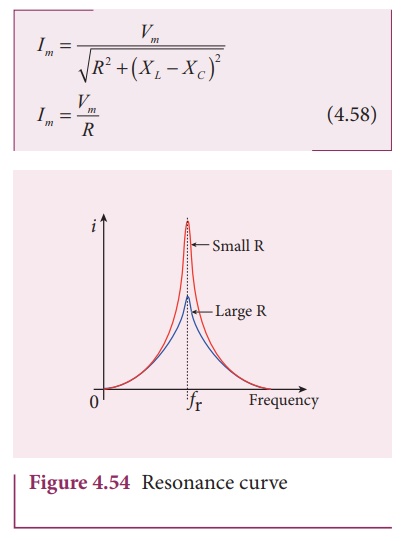 The maximum current at series resonance is limited by the resistance of the circuit. For smaller resistance, larger current with sharper curve is obtained and vice versa.

RLC circuits have many applications like filter circuits, oscillators, voltage multipliers etc. An important use of series RLC resonant circuits is in the tuning circuits of radio and TV systems. The signals from many broadcasting stations at different frequencies are available in the air. To receive the signal of a particular station, tuning is done.