Inductor is a device used to store energy in a magnetic field when an electric current flows through it.

Inductor is a device used to store energy in a magnetic field when an electric current flows through it. The typical examples are coils, solenoids and toroids shown in Figure 4.18. 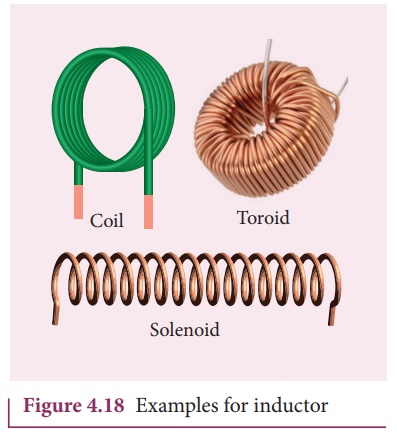 An electric current flowing through a coil will set up a magnetic field around it. Therefore, the magnetic flux of the magnetic field is linked with that coil itself. If this flux is changed by changing the current, an emf is induced in that same coil (Figure 4.19). This phenomenon is known as self-induction. The emf induced is called self-induced emf. 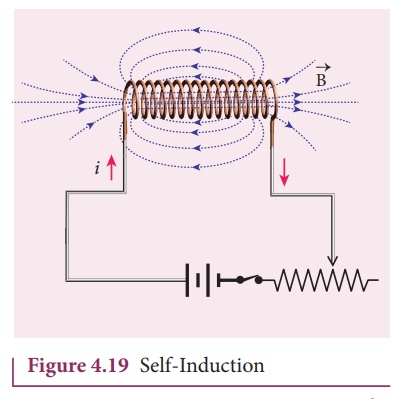 When the current i changes with time, an emf is induced in it. From Faraday’s law of electromagnetic induction, this self-induced emf is given by 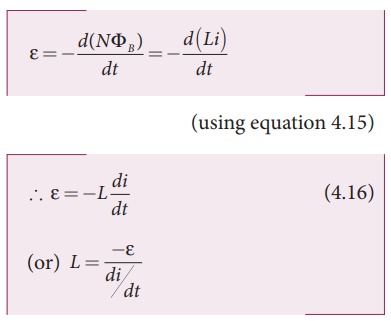 The negative sign in the above equation means that the self-induced emf always opposes the change in current with respect to  time.  If  di/dt =1 A s−1 ,  then  L =−ε .

Inductance of a coil is also defined as the opposing emf induced in the coil when the rate of change of current through the coil is 1 A s−1.

Therefore, the inductance of the coil is said to be one henry if a current of 1 A produces unit flux linkage in the coil.

Therefore, the inductance of the coil is one henry if a current changing at the rate of 1 A s−1 induces an opposing emf of 1 V in it.

Thus, inductance of the coil opposes any change in current and tries to maintain the original state. 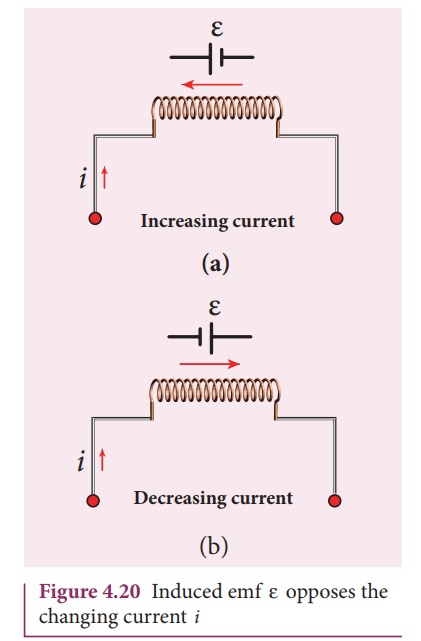