Under equilibrium conditions, both magnitude of deflecting torque and restoring torque will be equal but act in the opposite directions, which means

The negative sign implies that both are in opposite directions. The above equation can be written as

This is non-linear second order homogeneous differential equation. In order to make it linear, we use small angle approximation as we did in XI volume II (Unit 10 – oscillations, Refer section 10.4.4) i.e., sin, we get

where ω is the angular frequency of the oscillation. 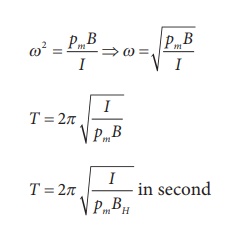 where, BH is the horizontal component of Earth’s magnetic field.

m  be the dipole and before switching ON the external magnetic field, there is no orientation. Therefore, the energy U = 0. 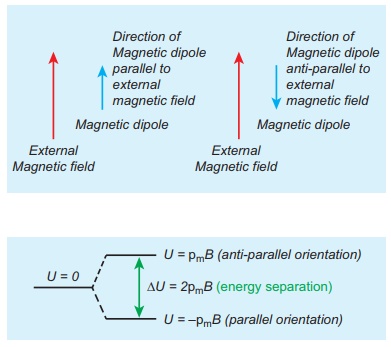