They are diamagnetic, paramagnetic and ferromagnetic materials which are dealt with in this section.

The orbital motion of electrons around the nucleus produces a magnetic field perpendicular to the plane of the orbit. Thus each electron orbit has finite orbital magnetic dipole moment. Since the orbital planes are oriented in random manner, the vector sum of magnetic moments is zero and there is no resultant magnetic moment for each atom.

In the presence of an external magnetic field, some electrons are speeded up and some are slowed down. The electrons whose moments were anti-parallel are speeded up according to Lenz’s law and this produces an induced magnetic moment in a direction opposite to the field. The induced moment disappears as soon as the external field is removed.

When placed in a non-uniform magnetic field, the interaction between induced magnetic moment and the external field creates a force which tends to move the material from stronger part to weaker part of the external field. It means that diamagnetic material is repelled by the field.

This action is called diamagnetic action and such materials are known as diamagnetic materials. Examples: Bismuth, Copper and Water etc.

The properties of diamagnetic materials are 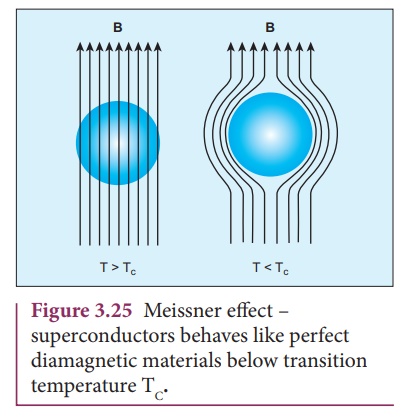 In the presence of an external magnetic field, the torque acting on the atomic dipoles will align them in the field direction. As a result, there is net magnetic dipole moment induced in the direction of the applied field. The induced dipole moment is present as long as the external field exists.

The properties of paramagnetic materials are:

i.Magnetic susceptibility is positive and small.

ii.Relative permeability is greater than unity.

iv.Susceptibility is inversely proportional to temperature. 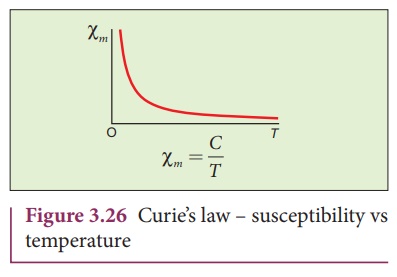 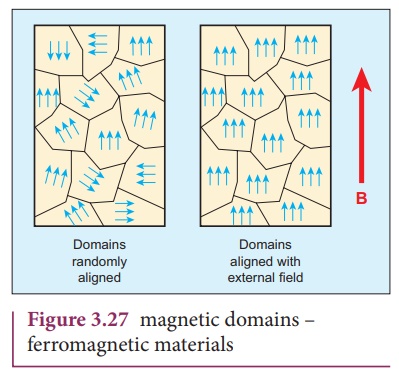 1.     the domains having magnetic moments parallel to the field grow in size

2.     the other domains (not parallel to field) are rotated so that they are aligned with the field.

As a result of these mechanisms, there is a strong net magnetisation of the material in the direction of the applied field (Figure 3.28). 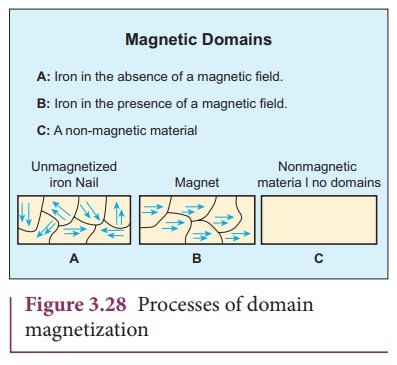 The properties of ferromagnetic materials are:

i.Magnetic susceptibility is positive and large.

iv.Susceptibility is inversely proportional to temperature. 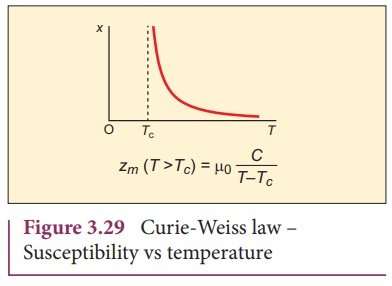 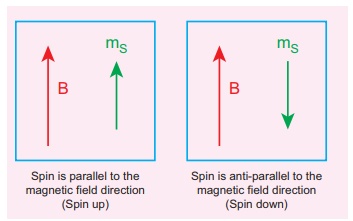 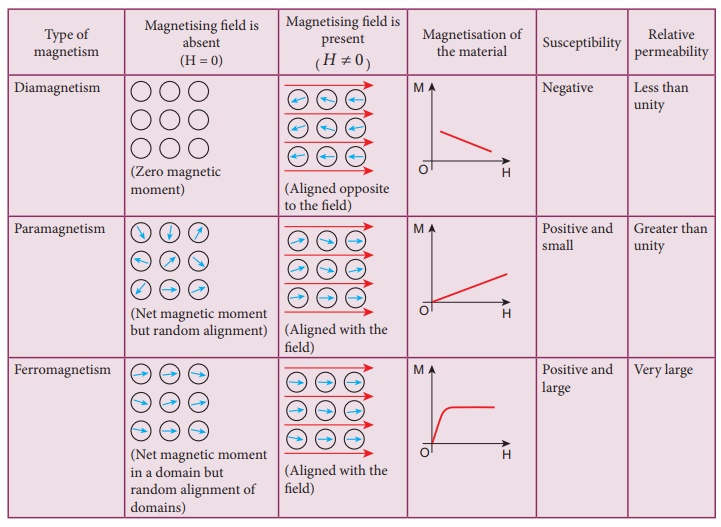 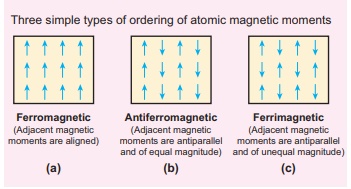