For a fixed tension T and mass density µ, frequency is inversely proportional to the string length i.e. 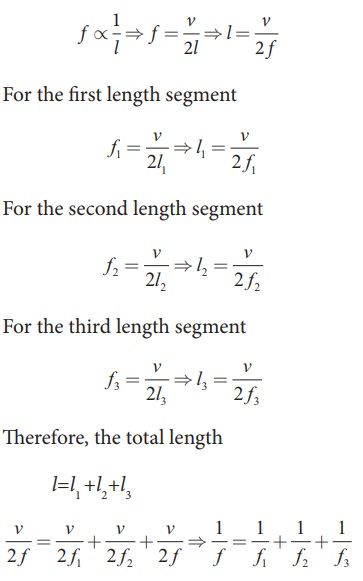 Consider a string in a guitar whose length is 80 cm and a mass of 0.32 g with tension 80 N is plucked. Compute the first four lowest frequencies produced when it is plucked.

The velocity of the wave

The fundamental frequency f1 corresponding to the wavelength λ1

Similarly, the frequency corresponding to the second harmonics, third harmonics and fourth harmonics are