The forces acting on the sphere are (i) gravitational force of the sphere acting vertically downwards, (ii) upthrust U due to buoyancy and (iii) viscous drag acting upwards (viscous force always acts in a direction opposite to the motion of the sphere).

The maximum constant velocity acquired by a body while falling freely through a viscous medium is called the terminal velocity VT. In the Figure 7.18, a graph is drawn with velocity along y- axis and time along x- axis. It is evident from the graph that the sphere is accelerated initially and in course of time it becomes constant, and attains terminal velocity (VT). 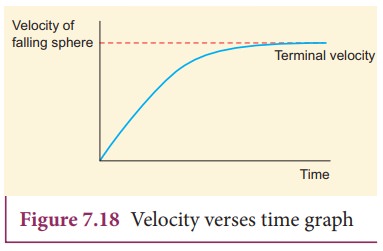 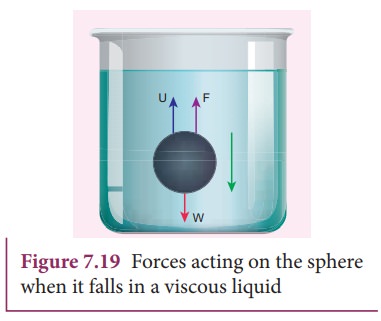 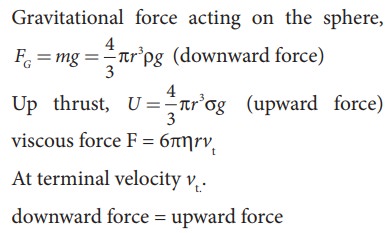 Here, it should be noted that the terminal speed of the sphere is directly proportional to the square of its radius. If σ is greater than ρ, then the term (ρ - σ) becomes negative leading to a negative terminal velocity. That is why air bubbles rise up through water or any fluid. This is also the reason for the clouds in the sky to move in the upward direction.