An object is said to be in linear motion if it moves in a straight line.

Circular motion is defined as a motion described by an object traversing a circular path.

These two circular motions are shown in Figure 2.5 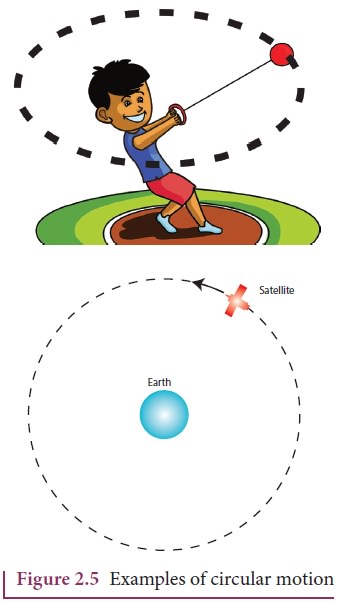 If any object moves in a rotational motion about an axis, the motion is called ‘rotation’. During rotation every point in the object transverses a circular path about an axis, (except the points located on the axis).

These two rotational motions are shown in Figure 2.6. 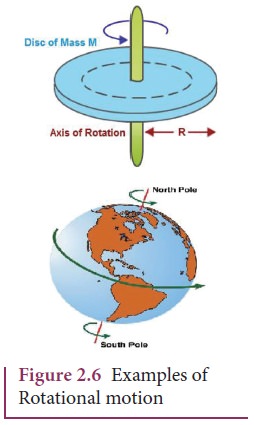 If an object or particle executes a to-and- fro motion about a fixed point, it is said to be in vibratory motion. This is sometimes also called oscillatory motion.

These motions are shown in Figure 2.7 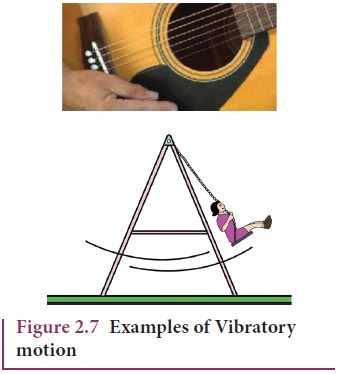