Consider a particle revolving around a point O in a circle of radius r.

Consider a particle revolving around a point O in a circle of radius r (Figure 2.45). Let the position of the particle at time t = 0 be A and after time t, its position is B. 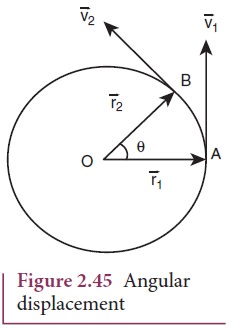 The angle described by the particle about the axis of rotation (or center O) in a given time is called angular displacement.

The unit of angular displacement is radian.

The rate of change of angular displacement is called angular velocity. 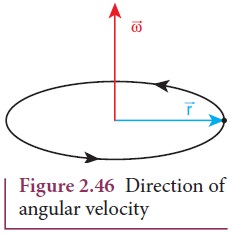 The rate of change of angular velocity is called angular acceleration.

The angular acceleration is also a vector quantity which need not be in the same direction as angular velocity.

Consider an object moving along a circle of radius r. In a time ∆t, the object travels an arc distance ∆s as shown in Figure 2.47. The corresponding angle subtended is Δθ 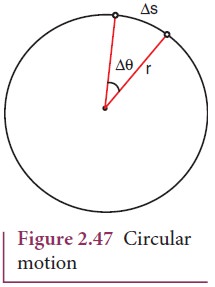 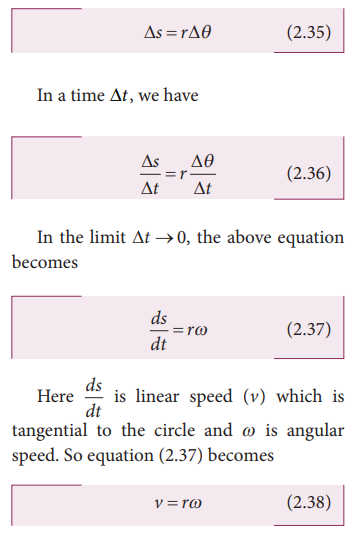 which gives the relation between linear speed and angular speed.

Equation (2.38) is true only for circular motion. In general the relation between linear and angular velocity is given by

are perpendicular to each other.

Differentiating the equation (2.38) with respect to time, we get (since r is constant) 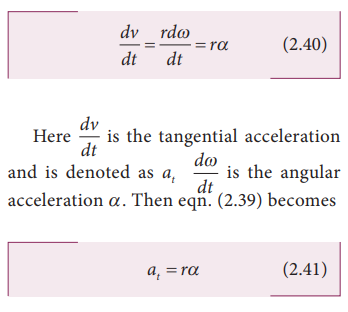 The tangential acceleration at experienced by an object is circular motion as shown in Figure 2.48. 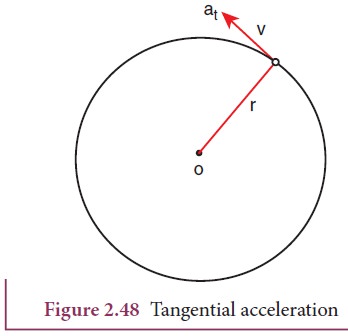 Note that the tangential acceleration is in the direction of linear velocity.