Let the position of a particle in space be expressed in terms of rectangular coordinates x, y and z.

i. Motion in one dimension

One dimensional motion is the motion of a particle moving along a straight line.

This motion is sometimes known as rectilinear or linear motion.

In this motion, only one of the three rectangular coordinates specifying the position of the object changes with time.

For example, if a car moves from position A to position B along x-direction, as shown in Figure 2.8, then the variation in x-coordinate alone is noticed. 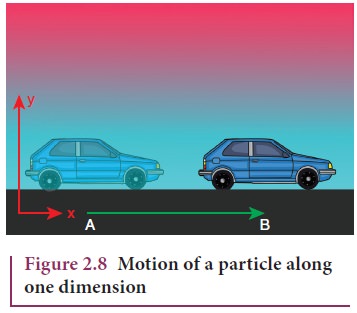 If a particle is moving along a curved path in a plane, then it is said to be in two dimensional motion.

In this motion, two of the three rectangular coordinates specifying the position of object change with time.

For instance, when a particle is moving in the y - z plane, x does not vary, but y and z vary as shown in Figure 2.9 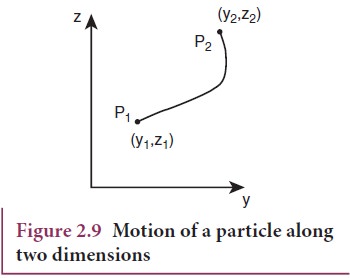