Since vectors have both magnitude and direction they cannot be added by the method of ordinary algebra.

Since vectors have both magnitude and direction they cannot be added by the method of ordinary algebra. Thus, vectors can be added geometrically or analytically using certain rules called ‘vector algebra’. In order to find the sum (resultant) of two vectors, which are inclined to each other, we use (i) Triangular law of addition method or (ii) Parallelogram law of vectors. 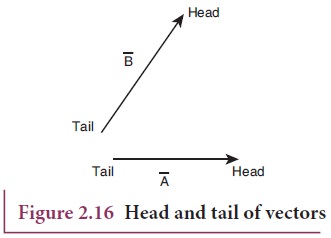 To find the resultant of the two vectors we apply the triangular law of addition as follows:

by the two adjacent sides of a triangle taken in the same order. Then the resultant is given by the third side of the triangle as shown in Figure 2.17. 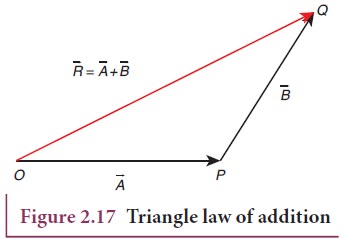 To explain further, the head of the first vector

is connected to the tail of the second vector

. Let θ be the angle between

is the resultant vector connecting the tail of the first vector

(resultant) is given geometrically by the length of

The magnitude and angle of the resultant vector are determined as follows.

From Figure 2.18, consider the triangle ABN, which is obtained by extending the side OA to ON. ABN is a right angled triangle. 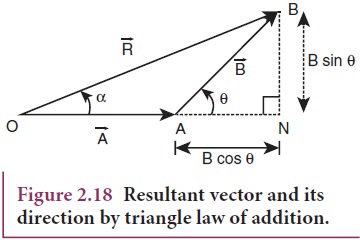 which is the magnitude of the resultant of 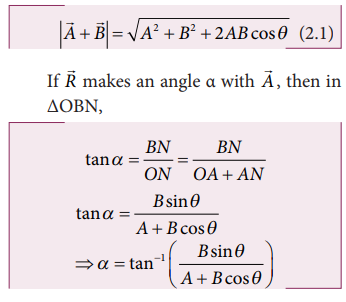 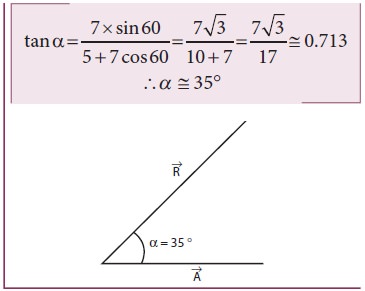