Integration is basically an area finding process. For certain geometric shapes we can directly find the area. But for irregular shapes the process of integration is used. Consider for example the areas of a rectangle and an irregularly shaped curve, as shown in Figure 2.29.

But to find the area of the irregular shaped curve given by f(x), we divide the area into rectangular strips as shown in the Figure 2.30.

The area under the curve is approximately equal to sum of areas of each rectangular strip. 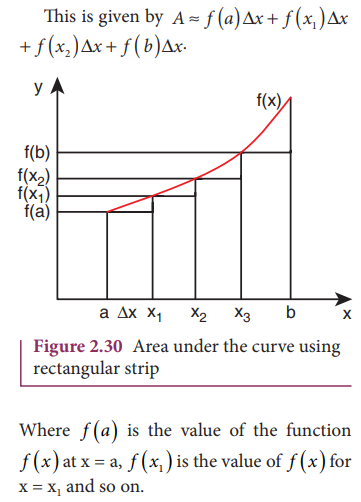 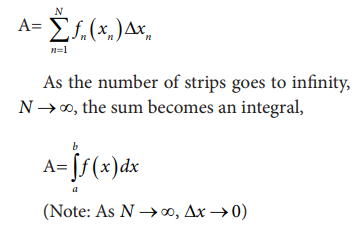 The integration will give the total area under the curve f (x). This is shown in Figure 2.31. 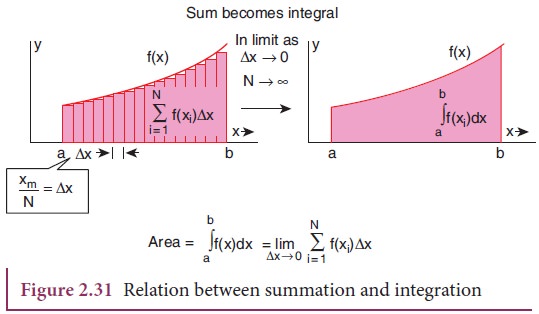 (No scalar products is required here, since motion here is in one dimension)

1) The work done is the area under the force displacement graph as shown in Figure 2.32 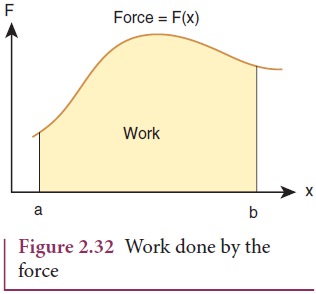 The impulse is the area under the force function F (t) - t graph as shown in Figure 2.33. 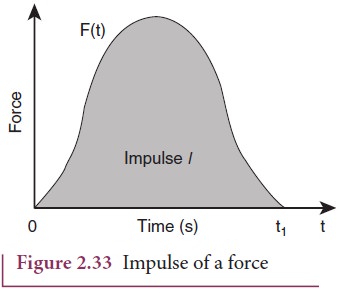 . In a time interval ∆t the particle is moved to the point Q having position vector

. The displacement vector is ∆ 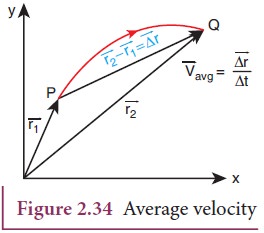 The average speed is defined as the ratio of total path length travelled by the particle in a time interval.

In other words, velocity is equal to rate of change of position vector with respect to time. Velocity is a vector quantity.

In component form, this velocity is 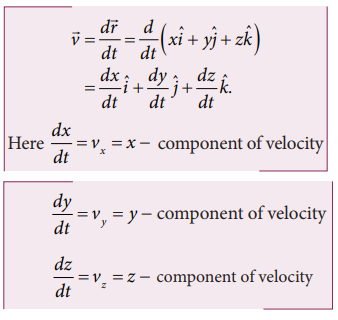 Speed is always a positive scalar. The unit of speed is also m

The linear momentum or simply momentum of a particle is defined as product of mass with velocity. It is denoted as

. Momentum is also a vector quantity.

In component form the momentum can be written as

Here px = x component of momentum and is equal to mvx

py = y component of momentum and is equal to mvy

pz = z component of momentum and is equal to mvz

The momentum of the particle plays a very important role in Newton’s laws. The physical significance of momentum can be well understood by the following example.

The unit of the momentum is kg m s-1 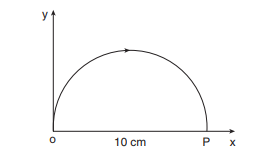 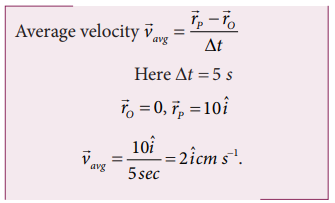 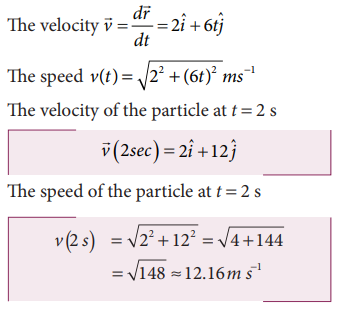 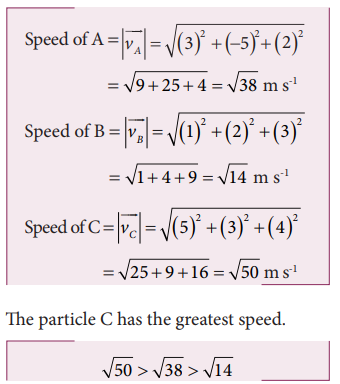 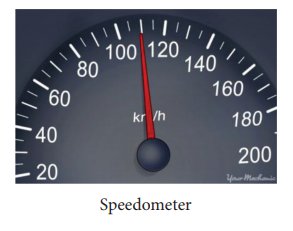