are said to be equal when they have equal magnitude and same direction and represent the same physical quantity (Figure 2.12.). 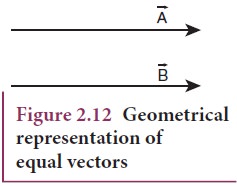 i. Parallel Vectors: If two vectors

act  in the same direction along the same line or on parallel line, then the angle between them is 00 (Figure 2.13). 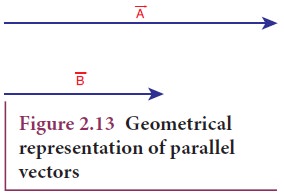 are said to be anti-parallel when they are in opposite directions along the same line or on parallel lines. Then the angle between them is 180o (Figure 2.14). 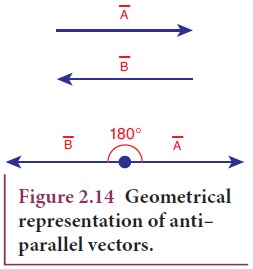 2. Unit vector: A vector divided by its magnitude is a unit vector. The unit vector for

is denoted by Aˆ (read as A cap or A hat). It has a magnitude equal to unity or one.

Thus, we can say that the unit vector specifies only the direction of the vector quantity. 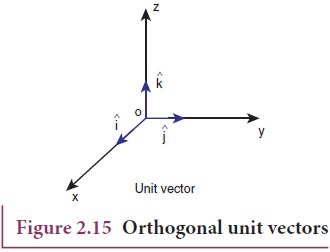