Home | | Physics 11th std | Multiplication of Vector by a Scalar

Multiplication of Vector by a Scalar

Multiplication of Vector by a Scalar

MULTIPLICATION OF VECTOR BY A SCALAR

multiplied by a scalar λ results in another vector, λ

. If λ is a positive number then λ

is also in the direction of

. If λ is a negative number, λ

is in the opposite direction to the vector

The scalar product (or dot product) of two vectors is defined as the product of the magnitudes of both the vectors and the cosine of the angle between them.

Thus if there are two vectors

having an angle θ between them, then their scalar product is defined as 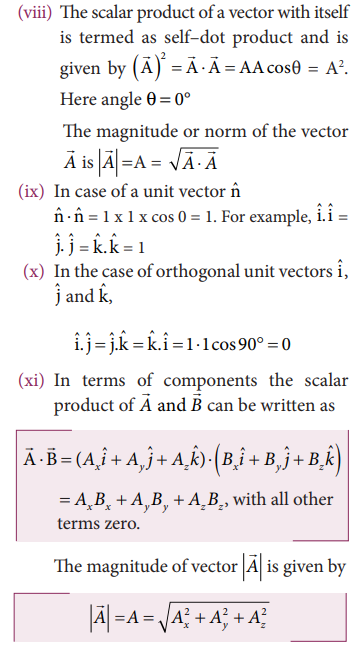 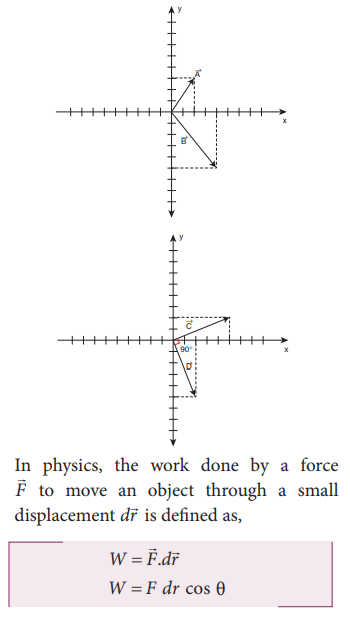 The work done is basically a scalar product between the force vector and the displacement vector. Apart from work done, there are other physical quantities which are also defined through scalar products.

The Vector Product of Two Vectors 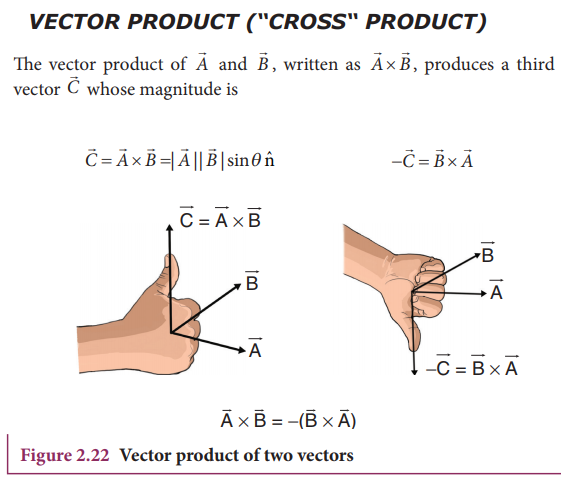 Properties of the components of vectors

are equal, then their individual components are also equal.

Solved Example Problems for Multiplication Of Vector By A Scalar 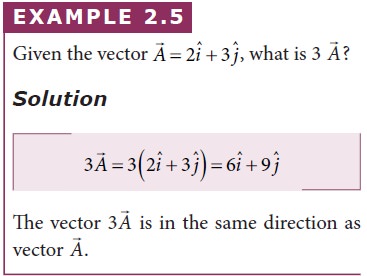 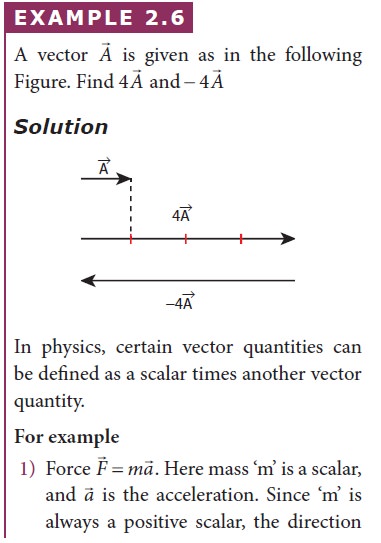 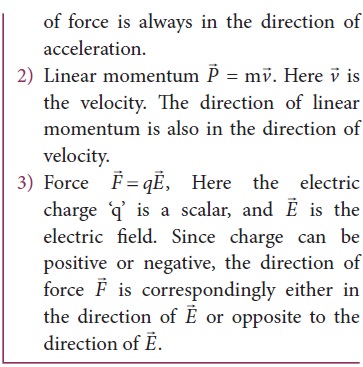 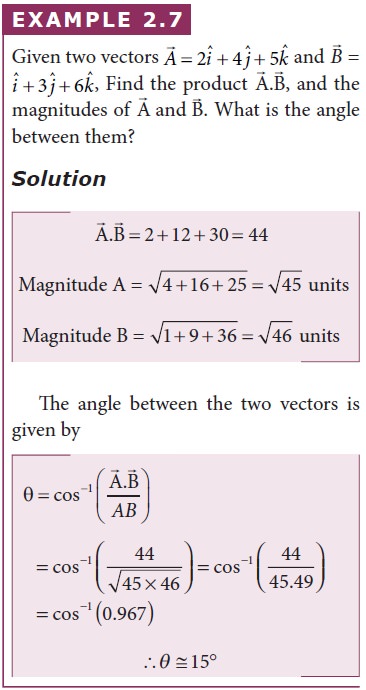 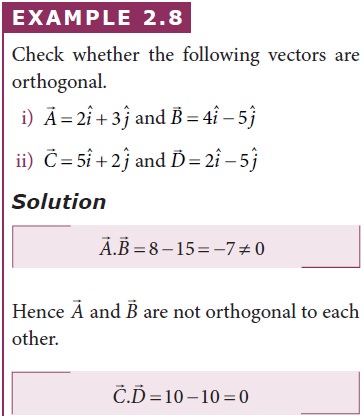 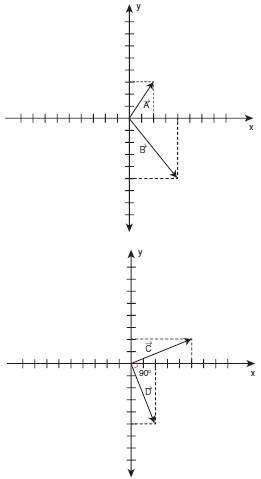 Solved Example Problems for The Vector Product of Two Vectors 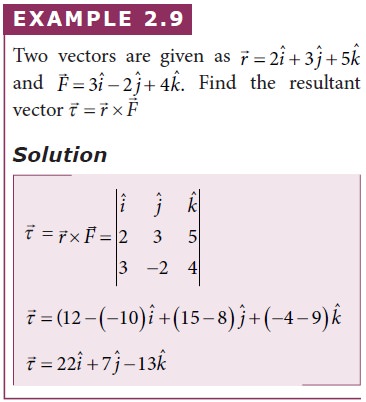 Solved Example Problems for Properties of the components of vectors 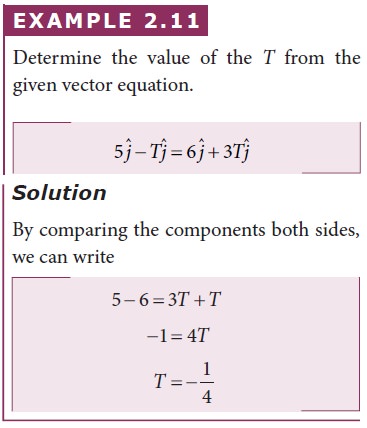 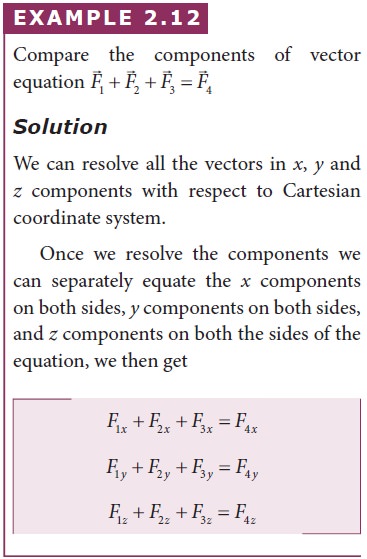