Distance is the actual path length travelled by an object in the given interval of time during the motion.

Distance is the actual path length travelled by an object in the given interval of time during the motion. It is a positive scalar quantity. 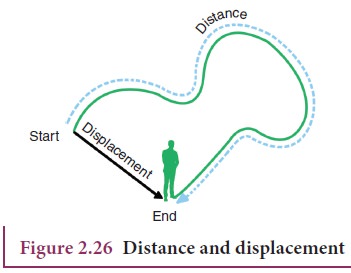 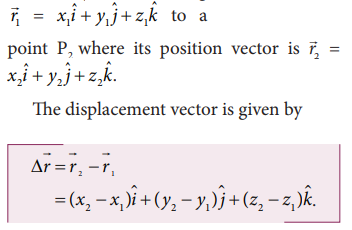 This displacement is also shown in Figure 2.27. 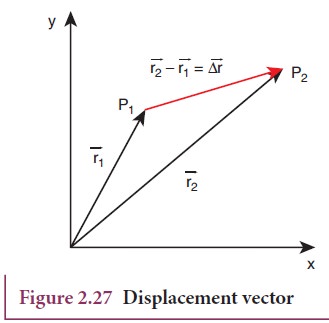 Assume your school is located 2 km away from your home. In the morning you are going to school and in the evening you come back home. In this entire trip what is the distance travelled and the displacement covered?

The displacement covered is zero. It is because your initial and final positions are the same.

But the distance travelled is 4 km.

An athlete covers 3 rounds on a circular track of radius 50 m. Calculate the total distance and displacement travelled by him. 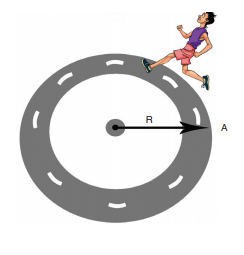 The total distance the athlete covered =3x circumference of track

The displacement is zero, since the athlete reaches the same point A after three rounds from where he started. 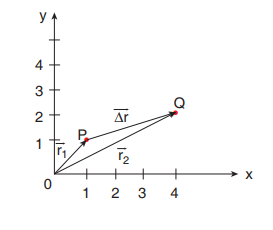 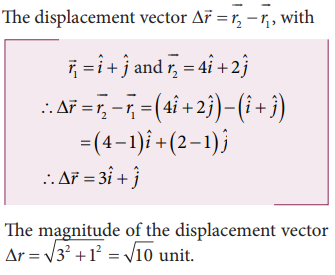