Each and every object in the universe interacts with every other object.

In the history of mankind, the most curiosity driven scientific question asked was about motion of objects-‘How things move?’ and ‘Why things move?’ Surprisingly, these simple questions have paved the way for development from early civilization to the modern technological era of the 21st century.

Objects move because something pushes or pulls them. For example, if a book is at rest, it will not move unless a force is applied on it. In other words, to move an object a force must be applied on it. About 2500 years ago, the famous philosopher, Aristotle, said that ‘Force causes motion’. This statement is based on common sense. But any scientific answer cannot be based on common sense. It must be endorsed with quantitative experimental proof.

In the 15th century, Galileo challenged Aristotle’s idea by doing a series of experiments. He said force is not required to maintain motion. 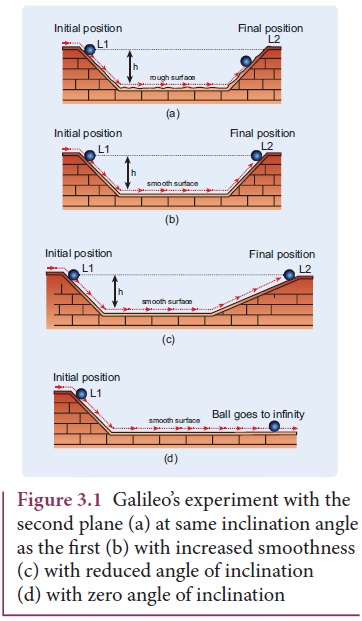 From this simple experiment, Galileo proved that force is not required to maintain motion. An object can be in motion even without a force acting on it