Although centrifugal force is a pseudo force, its effects are real.

Although centrifugal force is a pseudo force, its effects are real. When a car takes a turn in a curved road, person inside the car feels an outward force which pushes the person away. This outward force is also called centrifugal force. If there is sufficient friction between the person and the seat, it will prevent the person from moving outwards. When a car moving in a straight line suddenly takes a turn, the objects not fixed to the car try to continue in linear motion due to their inertia of direction. While observing this motion from an inertial frame, it appears as a straight line as shown in Figure 3.46. But, when it is observed from the rotating frame it appears to move outwards. 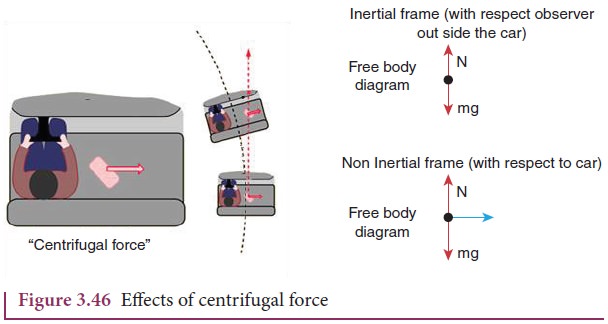 A person standing on a rotating platform feels an outward centrifugal force and is likely to be pushed away from the platform. Many a time the frictional force between the platform and the person is not sufficient to overcome outward push. To avoid this, usually the outer edge of the platform is little inclined upwards which exerts a normal force on the person which prevents the person from falling as illustrated in Figures 3.47. 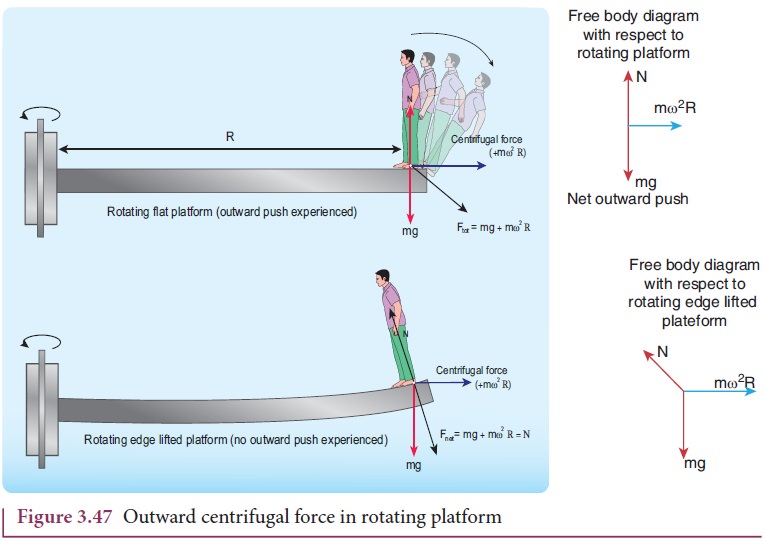