Frictional force has both positive and negative effects.

Frictional force has both positive and negative effects. In some cases it is absolutely necessary. Walking is possible because of frictional force. Vehicles (bicycle, car) can move because of the frictional force between the tyre and the road. In the braking system, kinetic friction plays a major role. As we have already seen, the frictional force comes into effect whenever there is relative motion between two surfaces. In big machines used in industries, relative motion between different parts of the machine produce unwanted heat which reduces its efficiency. To reduce this kinetic friction lubricants are used as shown in Figure 3.34. 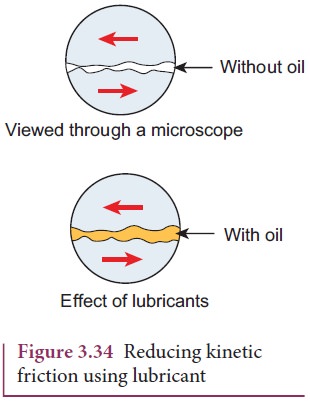 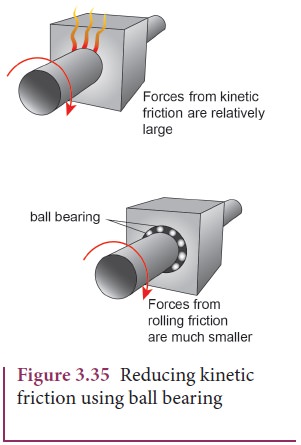 During the time of Newton and Galileo, frictional force was considered as one of the natural forces like gravitational force. But in the twentieth century, the understanding on atoms, electron and protons has changed the perspective. The frictional force is actually the electromagnetic force between the atoms on the two surfaces. Even well polished surfaces have irregularities on the surface at the microscopic level as seen in the Figure 3.36. 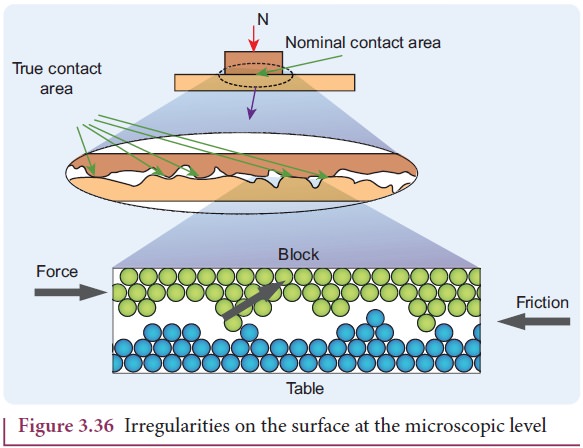