A baby is playing in a swing which is hanging with the help of two identical chains is at rest. Identify the forces acting on the baby. Apply Lami’s theorem and find out the tension acting on the chain. 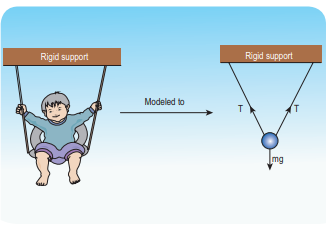 The baby and the chains are modeled as a particle hung by two strings as shown in the figure. There are three forces acting on the baby.

These three forces are coplanar as well as concurrent as shown in the following figure. 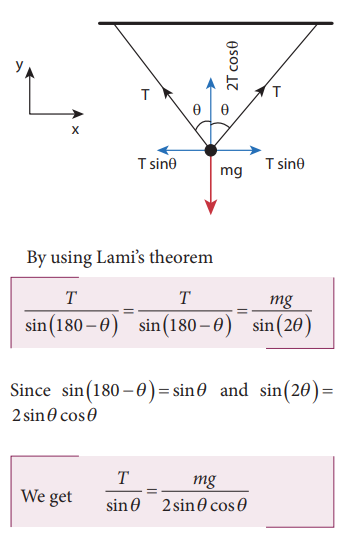 From this, the tension on each string is T = mg / 2cosθ