is a vector equation and essentially it is equal to three scalar equations. In Cartesian coordinates, this equation can be written  as

By comparing both sides, the three scalar equations are

Fx = max The acceleration along the x direction depends only on the component of force acting along the x-direction.

Fy = may The acceleration along the y direction depends only on the component of force acting along the y-direction.

Fz = maz The acceleration along the z direction depends only on the component of force acting along the z-direction.

From the above equations, we can infer that the force acting along y direction cannot alter the acceleration along x direction. In the same way, Fz cannot afect ay and ax . This understanding is essential for solving problems.

Acceleration of the object does not depend on the previous history of the force. For example, when a spin bowler or a fast bowler throws the ball to the batsman, once the ball leaves the hand of the bowler, it experiences only gravitational force and air frictional force. The acceleration of the ball is independent of how the ball was bowled (with a lower or a higher speed).

Case 1: Force and motion in the same direction

When an apple falls towards the Earth, the direction of motion (direction of velocity) of the apple and that of force are in the same downward direction as shown in the Figure 3.9 (a). 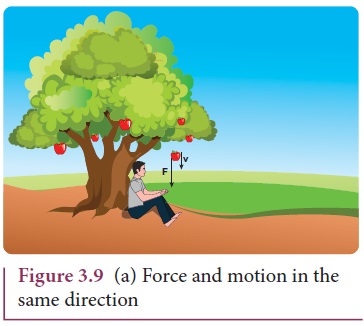 Case 2: Force and motion not in the same direction

The Moon experiences a force towards the Earth. But it actually moves in elliptical orbit. In this case, the direction of the force is different from the direction of motion as shown in Figure 3.9 (b). 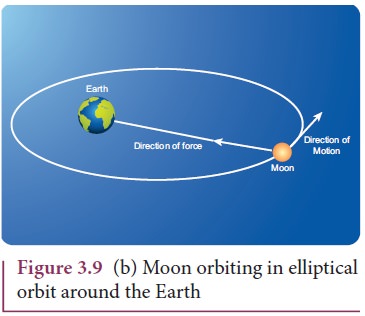 Case 3: Force and motion in opposite direction

If an object is thrown vertically upward, the direction of motion is upward, but gravitational force is downward as shown in the Figure 3.9 (c). 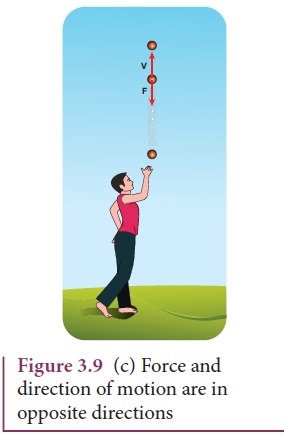 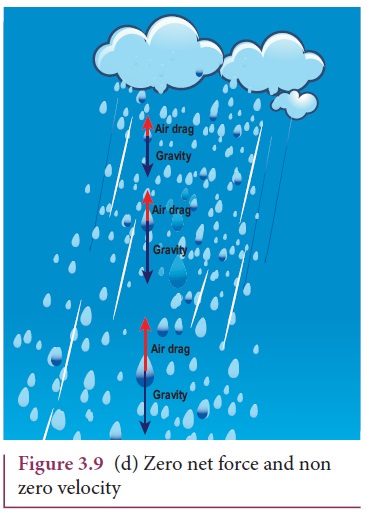 n act on the same body, then the total force (

net ) is equivalent to the vectorial sum of the individual forces. Their net force provides the acceleration. 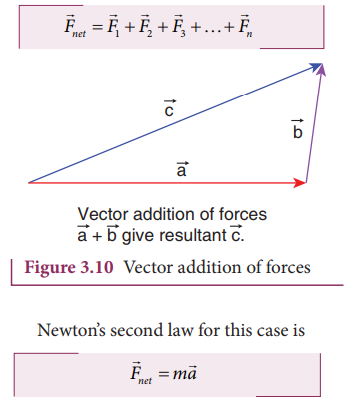 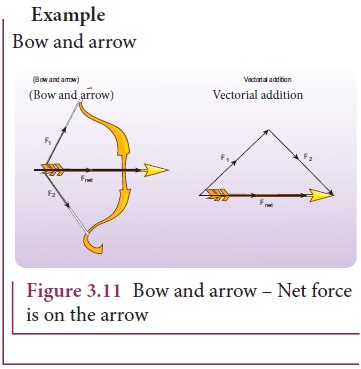 5. Newton’s second law can also be written in the following form.

From this expression, we can infer that Newton’s second law is basically a second order ordinary differential equation and whenever the second derivative of position vector is not zero, there must be a force acting on the body.

6. If no force acts on the body then Newton’s second law,