1. Linear pattern 2. Graph of a linear function in two variables

In such a case, when all the points plotted lie on a line, we say ‘a linear pattern’ exists. 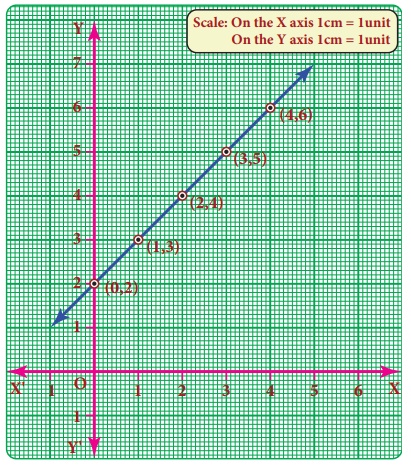 In this example, we found that in each ordered pair y value = x value +2.

Linear equations use one (or more) variables where one variable is dependent on the other(s).

2. Graph of a linear function in two variables

We have talked about parallel lines, intersecting lines etc., in geometry but never actually looked at how far apart they were, or where they were .Drawing graphs helps us place lines. A linear equation is an equation with two variables (like x and y) whose graph is a line. To graph a linear equation, we need to have at least two points, but it is usually safe to use more than two points. (Why?) When choosing points, it would be nice to include both positive and negative values as well as zero. There is a unique line passing through any pair of points.

The given equation y = 5 x means that for any value of x, y takes five times of x value. 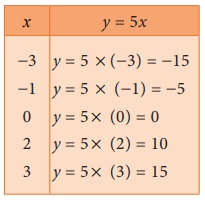 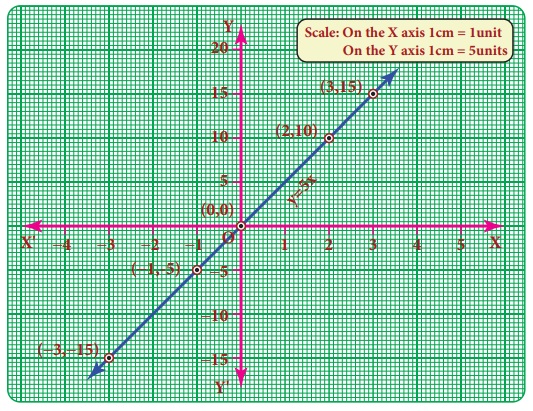 Begin by choosing a couple of values for x and y. It will firstly help to see

(i) what happens to y when x is zero and

(ii) what happens to x when y is zero.

After this we can go on to find one or two more values.

We shall make suitable guesses. 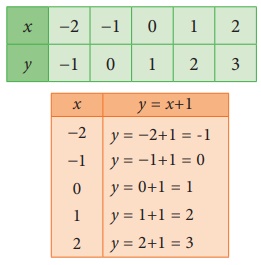 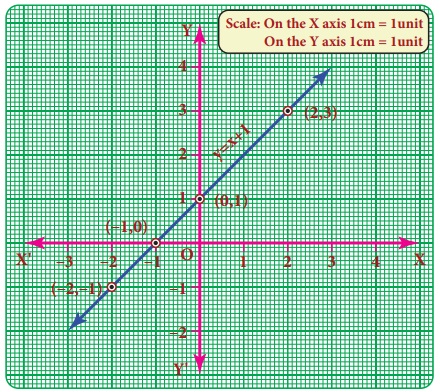 The orientation of the graph will be different according to the scale chosen.

Identify and correct the errors