There was an instance in the 17th century when Rene Descartes, a famous mathematician became ill and from his bed, noticed an insect hovering over a corner and sitting at various places on the ceiling.

There was an instance in the 17th century when Rene Descartes, a famous mathematician became ill and from his bed, noticed an insect hovering over a corner and sitting at various places on the ceiling. He wanted to identify all the places where the insect sat on the ceiling. Immediately, he drew the top plane of the room in a paper, creating the horizontal and vertical lines. Based on these perpendicular lines, he used the directions and understood that the places of the insect can be spotted by the movement of the insect in the east, west, north and south directions. He called that place as (x,y) in the plane which indicates two values, one (x) in the horizontal direction and the other (y) in the vertical direction (say east and north in this case). This is how the concept of graphs came into existence. 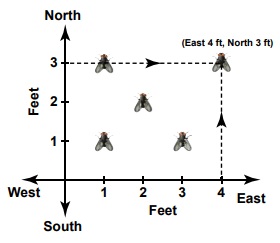 Graph is just a visual method for showing relationships between numbers. In the previous class, we studied how to represent integers on a number line horizontally. Now take one more number line – vertically. We take the graph sheet keeping both number lines mutually perpendicular to each other at ‘0’zero as given in the figure. The number lines and the marking integers should be placed along the dark lines of the graph sheet. 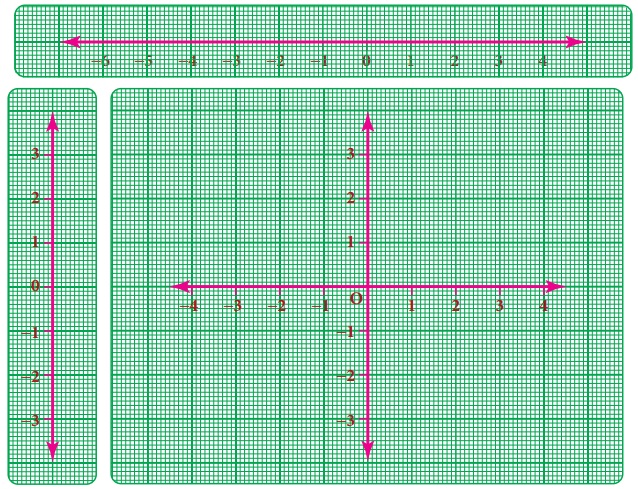 The intersecting point of the perpendicular lines ‘O’ represent the origin (0, 0).

3. Signs in the graphs 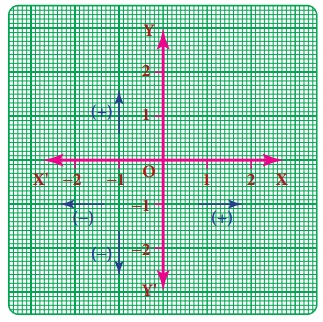 A point represents a position in a plane. A point is denoted by a pair (a,b) of two numbers ‘a’ and ‘b’ listed in a specific order in which ‘a’ represents the distance along the X-axis and ‘b’ represents the distance along the Y-axis. It is called an ordered pair (a,b). It helps us to locate precisely a point in the plane. Each point can be exactly identified by a pair of numbers. It is also clear that the point (b,a) is not same as (a,b) as they both indicate different orders. 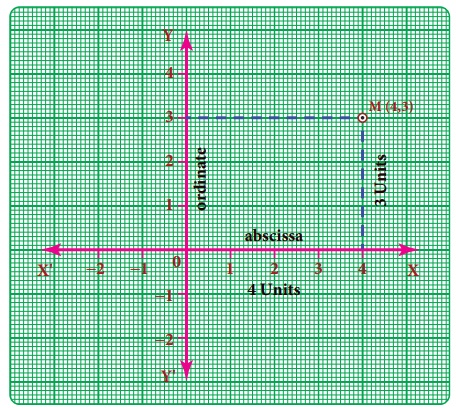 (i) you (always) start at O, a fixed point (which we have, agreed to call as origin),

(ii) first, move 4 units along the horizontal direction (that is, the direction of x-axis)

(iii) and then trek along the y- direction by 3 units.

To understand how we have travelled to reach M, we denote by (4,3).

The coordinate axes divide the plane of the graph into four regions called quadrants. It is a convention that the quadrants are named in the anti clock wise sense starting from the positive side of the X axis. 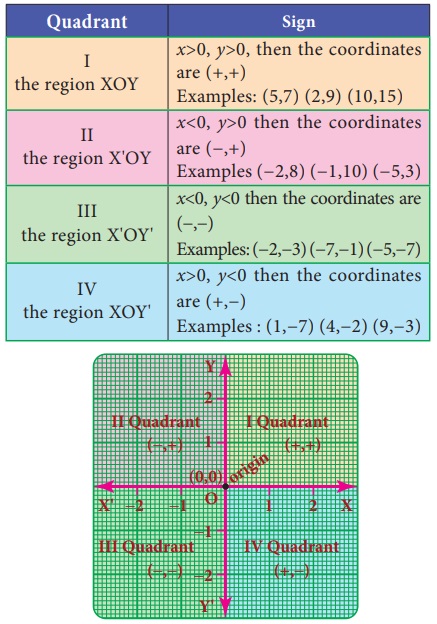 Coordinate of a point on the axes:

6. Plotting the given points on a graph 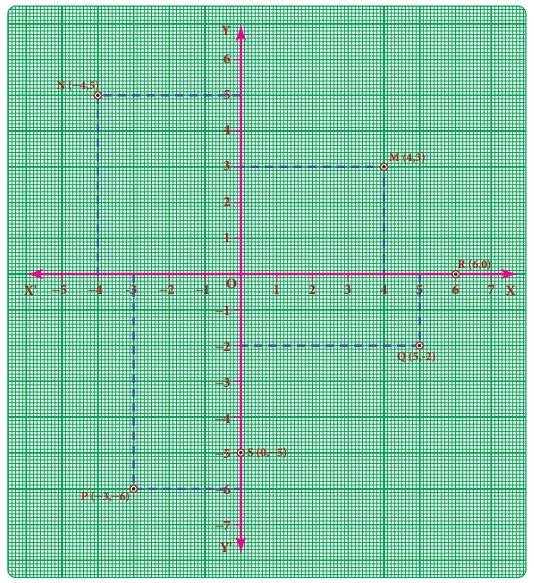 1. Complete the table given below.

2. Write the coordinates of the points marked in the following figure 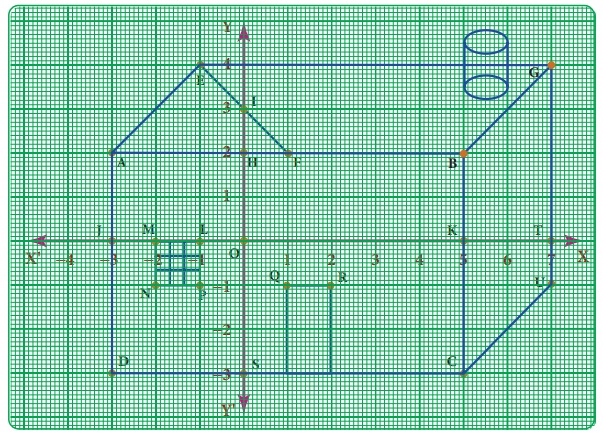