Important principles of VSEPR Theory are as follows

Important principles of VSEPR Theory are as follows:

1. The shape of the molecules depends on the number of valence shell electron pair around the central atom.

3. Each pair of valence electrons around the central atom repels each other and hence, they are located as far away as possible in three dimensional space to minimize the repulsion between them.

4. The repulsive interaction between the different types of electron pairs is in the following order.

The lone pair of electrons are localised only on the central atom and interacts with only one nucleus whereas the bond pairs are shared between two atoms and they interact with two nuclei. Because of this the lone pairs occupy more space and have greater repulsive power than the bond pairs in a molecule.

The following Table illustrates the shapes of molecules predicted by VSEPR theory. Consider a molecule ABx where A is the central atom and x represents the number of atoms of B covalently bonded to the central atom A. The lone pairs present in the atoms are denoted as L. 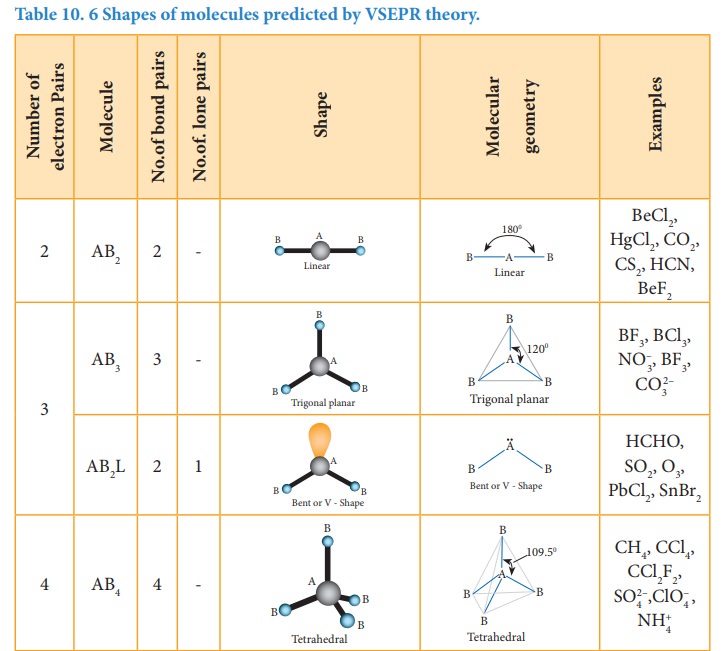 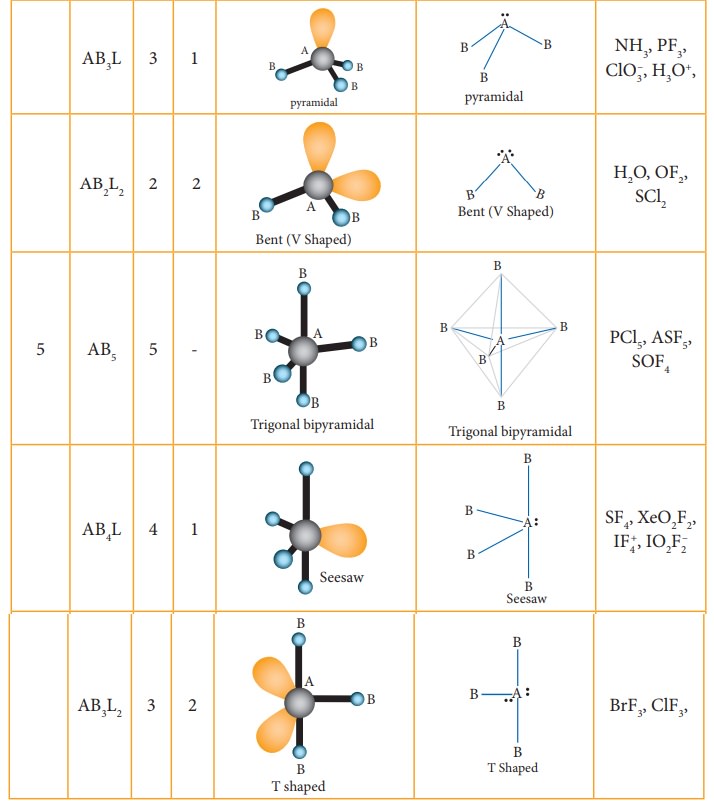 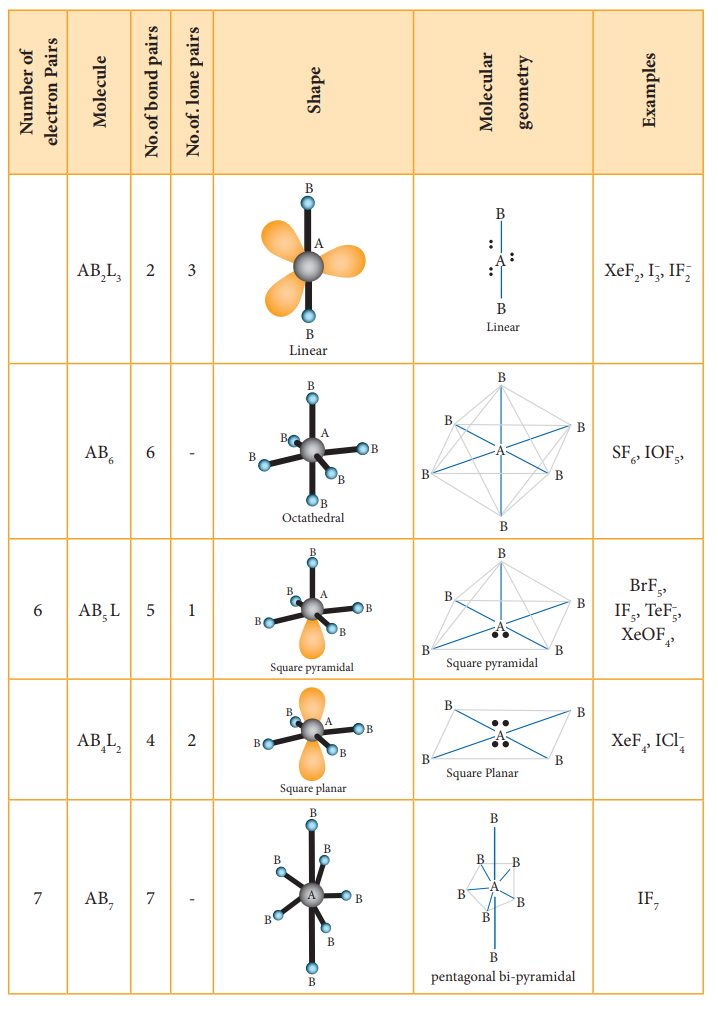