In the formation of a covalent bond, both the combining atoms contribute one electron each and the these electrons are mutually shared among them.

For Example, in ferrocynide ion [Fe(CN)6]4–, each cyanide ion (CN–) donates a pair of electrons to form a coordinate bond with iron (Fe2+) and these electrons are shared by Fe2+ and CN-. 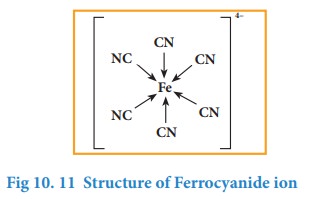 In certain cases, molecules having a lone pair of electrons such as ammonia donates its pair to an electron deficient molecules such as BF3. to form a coordinate 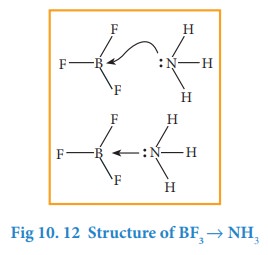