The skeletal structure of carbonate ion (The oxygen atoms are denoted as OA, OB & OC

Distribution of these valence electrons gives us the following structure.

Complete the octet for carbon by moving a lone pair from one of the oxygens (OA) and write the charge of the ion (2-) on the upper right side as shown in the figure. 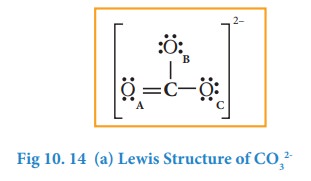 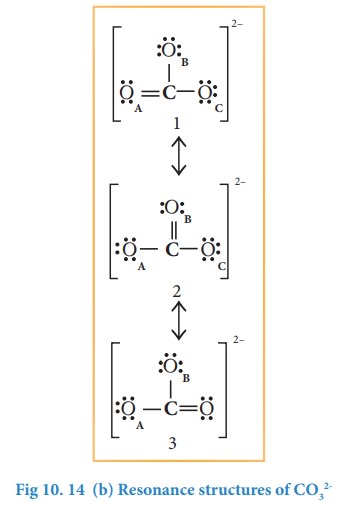 It is evident from the experimental results that all carbon-oxygen bonds in carbonate ion are equivalent. The actual structure of the molecules is said to be the resonance hybrid, an average of these three resonance forms. It is important to note that carbonate ion does not change from one structure to another and vice versa. It is not possible to picturise the resonance hybrid by drawing a single Lewis structure. However, the following structure gives a qualitative idea about the correct structure. 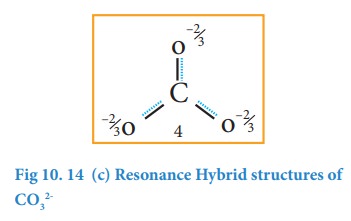