In 1951, William Schockley invented the modern version of transistor. It is a semiconductor device that led to a technological revolution in the twentieth century. The heat loss in transistor is very less. This has laid the foundation of integrated chips which contain thousands of miniaturized transistors. The emergence of the integrated chips led to increasing applications in the fast developing electronics industry. 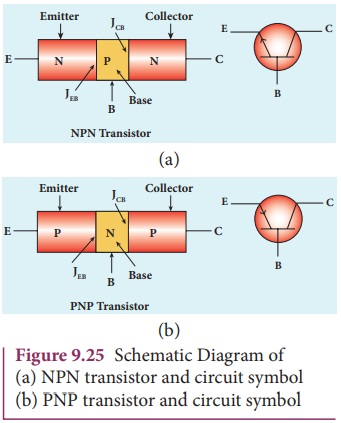 The three regions formed are called as emitter, base and collector which are provided with terminals or ohmic contacts labeled as E, B, and C. As a BJT has two p-n junctions, two depletion layers are formed across the emitter-base junction (JEB) and collector-base junction (JCB) respectively. The circuit symbol carries an arrowhead at the emitter lead pointing from p to n indicating the direction of conventional current.

The main function of the emitter is to supply majority charge carriers to the collector region through the base region. Hence, emitter is more heavily doped than the other two regions.

Base is very thin (10-6 m) and very lightly doped compared to the other two regions.

The main function of collector is to collect the majority charge carriers supplied by the emitter through the base. Hence, collector is made physically larger than the other two as it has to dissipate more power. Its is modarately dopped.

Because of the differing size and the amount of dopping, the emitter and collector cannot be interchanged.

The application of suitable dc voltages across the transistor terminals is called biasing.

There are three types of circuit connections for operating a transistor based on the terminal that is used in common to both input and output circuits. 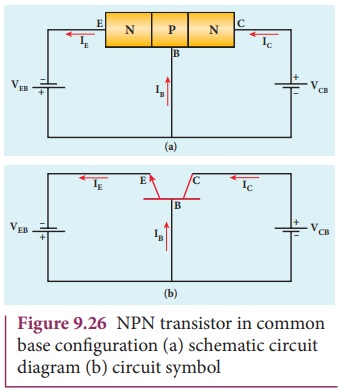 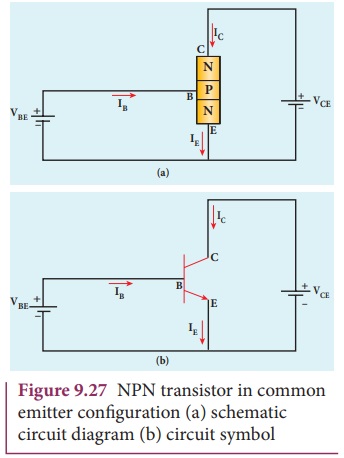 As the output is taken from the emitter in common collector configuration, it is called an emitter follower. 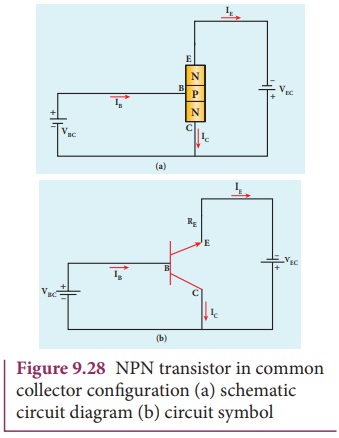