Right from the primitive needs of calculating amount spent for various items in a super market, finding ages of people under specific conditions, finding path of an object when it is thrown upwards at an angle, Algebra plays a vital role in our daily life. 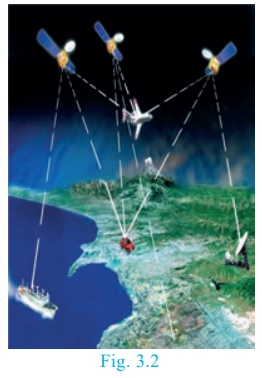 Any point in the space can be determined uniquely by knowing its latitude, longitude and altitude. Hence to locate the position of an object at a particular place situated on the Earth, three satellites are positioned to arrive three equations. Among these three equations, we get two linear equations and one quadratic (second degree) equation. Hence we can solve for the variables latitude, longitude and altitude to uniquely fix the position of any object at a given point of time. This is the basis of

A linear equation in two variables of the form ax + by +c = 0 , represents a straight line . 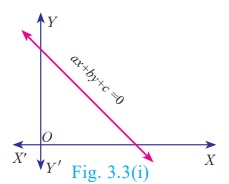 A linear equation in three variables of the form ax + by +cz + d = 0 , represents a plane. 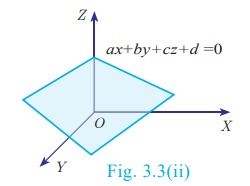 Each equation in the system represents a plane in three dimensional space and solution of the system of equations is precisely the point of intersection of the three planes defined by the three linear equations of the system. The system may have only one solution, infinitely many solutions or no solution depending on how the planes intersect one another.

The figures presented below illustrate each of these possibilities 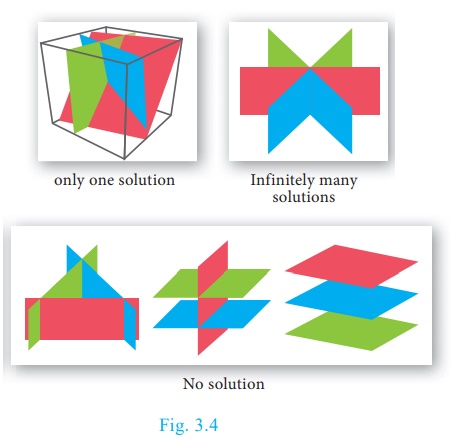 Procedure for solving system of linear equations in three variables

Step 1 By taking any two equations from the given three, first multiply by some suitable non-zero constant to make the co-efficient of one variable (either x or y or z) numerically equal.

Step 2 Eliminate one of the variables whose co-efficients are numerically equal from the equations.

Step 3 Eliminate the same variable from another pair.

Step 4 Now we have two equations in two variables.

Step 5 Solve them using any method studied in earlier classes.

Step 6 The remaining variable is then found by substituting in any one of the given equations.

·           If you do not obtain a false solution, but obtain an identity, such as 0=0 then the system has infinitely many solutions.

Solve  the following  system of linear equations in three variables 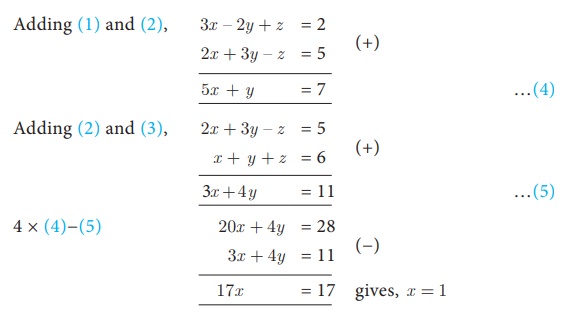 Let the number of I, II and III place finishers be x , y and z respectively.

Hence, the linear equations in three variables are

Number of second place finishers is 8

Number of third place finishers is 12. 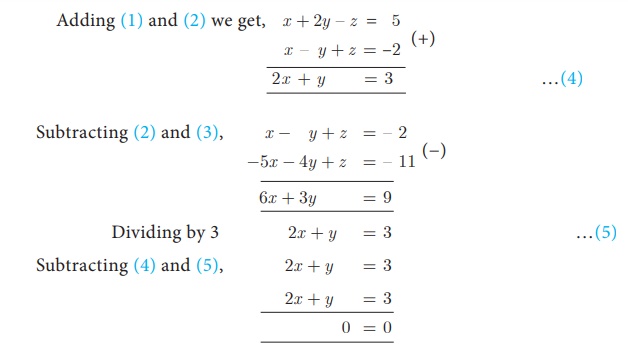 Here we arrive at an identity 0=0.

Hence the system has an infinite number of solutions. 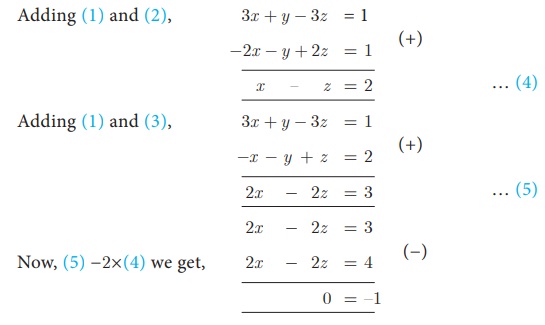 Here we arrive at a contradiction as 0 ≠ –1.

This means that the system is inconsistent and has no solution. 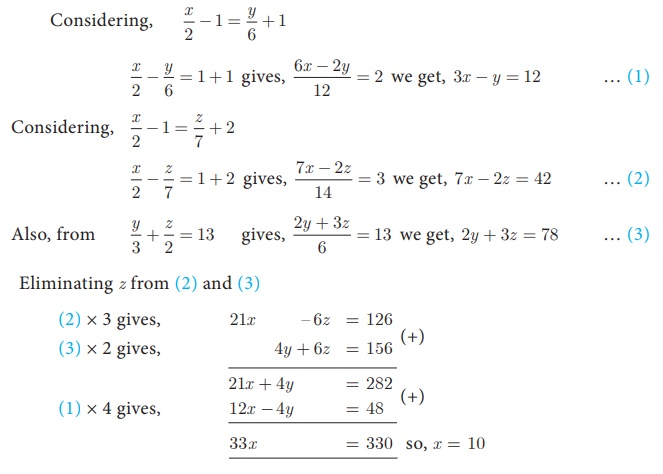 The given equations are written as

By simplifying we get,

From the given data we get the following equations, 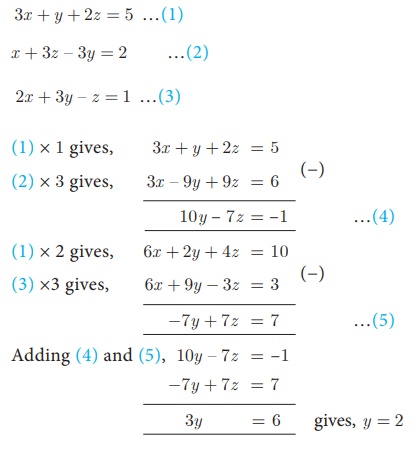 1. For a system of linear equations in three variables the minimum number of equations required to get unique solution is _______.