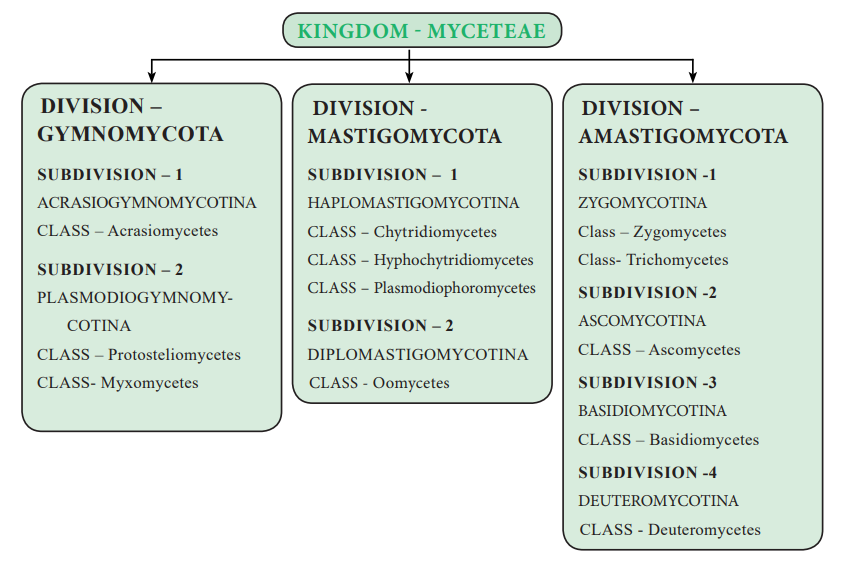 Many mycologists have attempted to classify fungi based on vegetative and reproductive characters.
Classification of Fungi

Many mycologists have attempted to classify fungi based on vegetative and reproductive characters. Traditional classifications categorise fungi into 4 classes – Phycomycetes, Ascomycetes, Basidiomycetes and Deuteromycetes. Among these ‘Phycomycetes’ include fungal species of Oomycetes, Chytridiomycetes and Zygomycetes which are considered as lower fungi indicating algal origin of fungi. Constantine J. Alexopoulos and Charles W. Mims in the year 1979 proposed the classification of fungi in the book entitled ‘Introductory Mycology’. They classified fungi into three divisions namely Gymnomycota, Mastigomycota and Amastigomycota. There are 8 subdivisions, 11 classes, 1 form class and 3 form subclasses in the classification proposed by them.

The outline of the classification is given below: 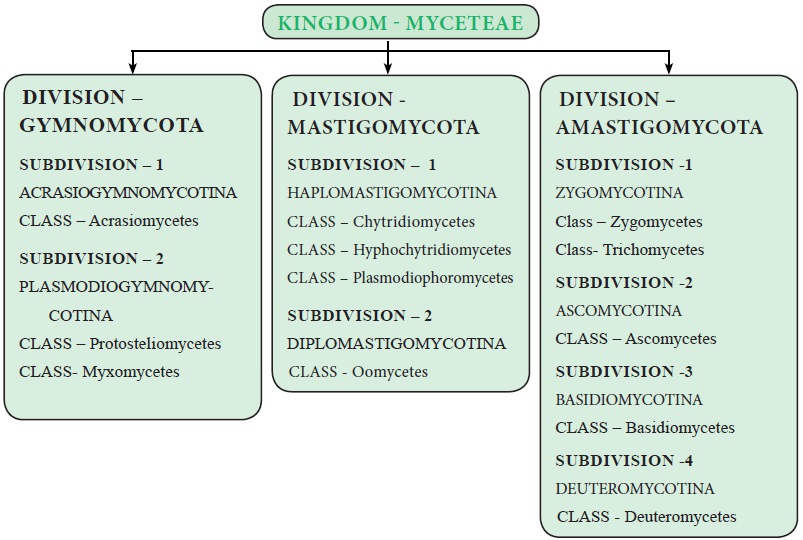