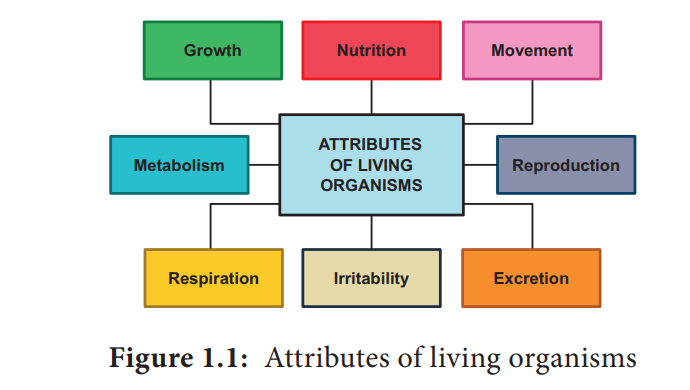 The attributes of living organisms are given below and is represented in Figure 1.1

The attributes of living organisms are given below and is represented in Figure 1.1

Growth is an intrinsic property of all living organisms through which they can increase cells both in number and mass. Unicellular and multicellular organisms grow by cell division. In plants, growth is indefinite and occurs throughout their life. In animals, growth is definite and occurs for some period. However, cell division occurs in living organisms to repair and heal the worn out tissues. Growth in non-living objects is extrinsic. Mountains, boulders and sand mounds grow by simple aggregation of material on the surface. Living cells grow by the addition of new protoplasm within the cells. Therefore, growth in living thing is intrinsic. In unicellular organisms like bacteria and amoeba growth occurs by cell division and such cell division also leads to the growth of their population. Hence, growth and reproduction are mutually inclusive events.

All living organisms are made up of cells which may be prokaryotic or eukaryotic. Prokaryotes are unicellular, lack membrane bound nuclei and organelles like mitochondria, endoplasmic reticulum, golgi bodies and so on (Example: Bacteria and Blue green algae). In Eukaryotes a definite nucleus and membrane bound organelles are present. Eukaryotes may be unicellular (Amoeba) or multicellular (Oedogonium). 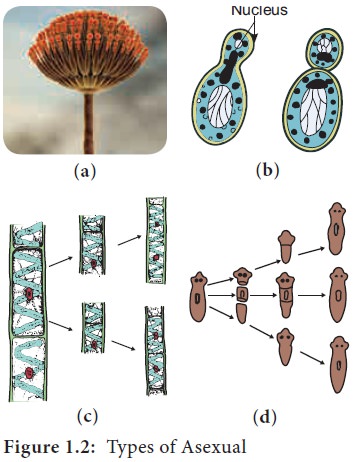 All organisms are capable of sensing their environment and respond to various physical, chemical and biological stimuli. Animals sense their surroundings by sense organs. This is called Consciousness. Plants also respond to the stimuli. Bending of plants towards sunlight, the closure of leaves in touch- me-not plant to touch are some examples for response to stimuli in plants. This type of response is called Irritability.

Property of self -regulation and tendency to maintain a steady state within an external environment which is liable to change is called Homeostasis. It is essential for the living organism to maintain internal condition to survive in the environment.

Movement, Nutrition, Respiration and Excretion are also considered as the property of living things.

The levels of organization in living organism begin with atoms and end in Biosphere. Each level cannot exist in isolation instead they form levels of integration as given in Figure 1.3. 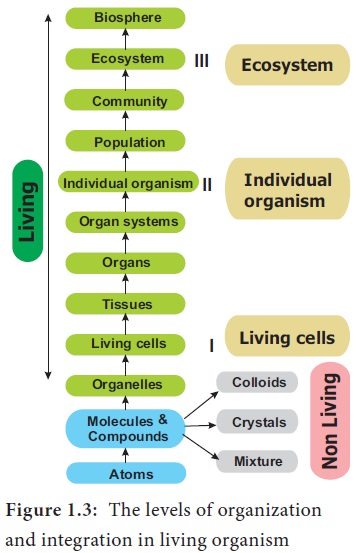 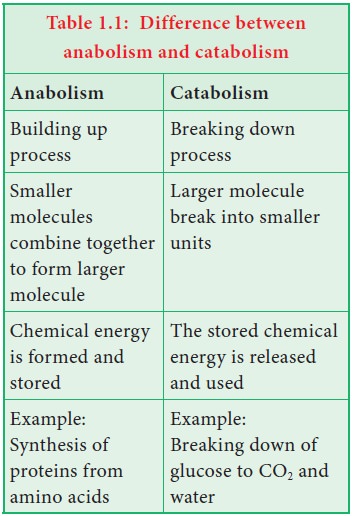