A Survey of the Senses: The Vestibular Sense 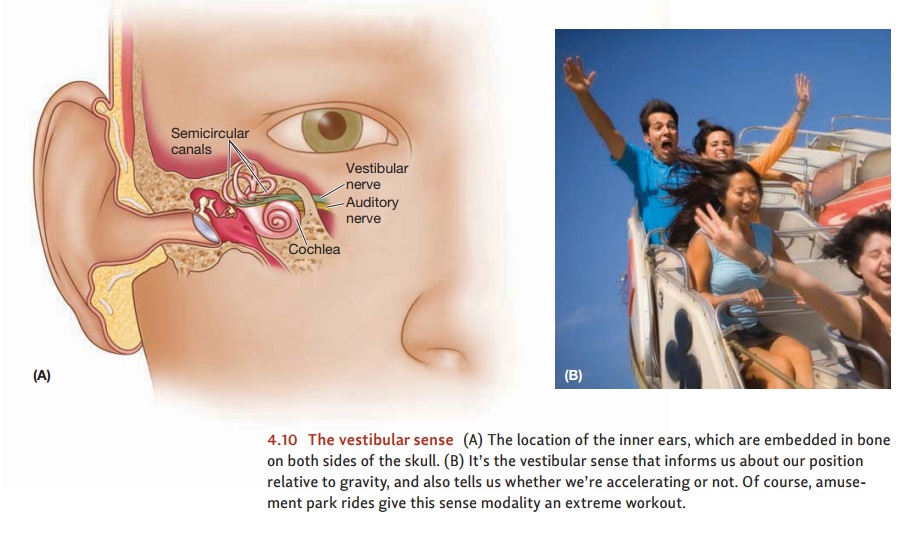 We’ve now looked at several of the themes shared by the various sense modalities.

We’ve now looked at several of the themes shared by the various sense modalities. But, as we said earlier, the senses also differ in important ways. Let’s turn, therefore, to a brief tour of the various senses and see how each one functions.

It’s often said that humans have five senses—vision, hearing, taste, smell, and touch. However, we can’t take this count seriously for several reasons, including the fact that it doesn’t include some of the senses. One is kinesthesis, the name for sensations coming from various receptors in the muscles, tendons, and joints. Kinesthesis informs us about our movements and the orientation of our body in space. Another is the vestibularsense, which signals movements of the head, whether produced by deliberate motion orby an external force. This sense helps us know which way is “up” and which is “down,” and it also tells us whether we’re moving at a constant velocity or accelerating. The recep-tors for the vestibular sense are in the semicircular canals, located within the inner ear 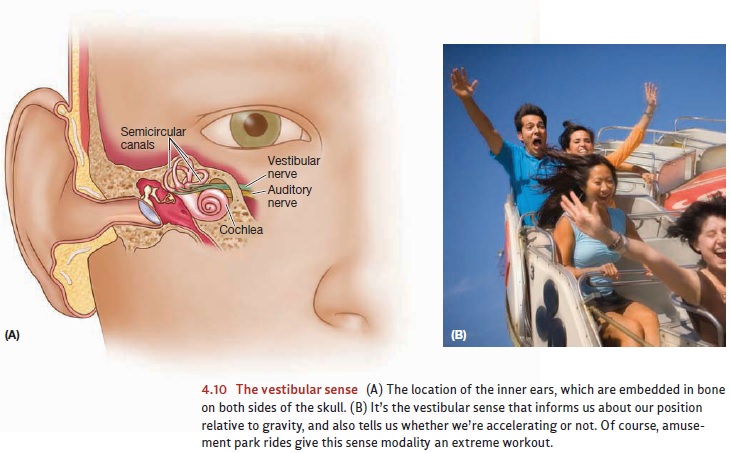 (Figure 4.10). The canals contain a thick liquid that moves whenever the head moves. This motion bends hair cells located at one end of each canal; and when they’re bent, these hair cells give rise to nervous impulses. Together, the impulses from each of the canals provide information about the nature and extent of the head’s movements.

People become keenly aware of the vestibular sense whenever it isn’t working prop-erly. This is the plight, for example, of someone who has consumed too much alcohol: Even when lying quietly in bed, the person is likely to complain that the world is “spin-ning around.” The spinning effect occurs because alcohol, once in the bloodstream, dif-fuses into the inner ear and changes the density and viscosity of the fluid inside the semicircular canals. This change disrupts the normal functioning of the vestibular sys-tem, and dizziness is the result (e.g., Karch, 2007).

Far more important, though, is the functioning of the vestibular sense in ordinary circumstances. For example, one function of this sense is to provide a firm base for vision. As we move through the world, our heads move continually. To compensate for this endless rocking, our eyes have to move accordingly. This adjustment is accom-plished by a reflex system that’s coordinated by the cerebellum but initiated by messages from the vestibular sense. In this way, the visual system is effectively stable and operates as if it’s resting on a solid tripod.