Structure of oxides and oxoacids of phosphorus

Structure of oxides and oxoacids of phosphorus

In phosphorous trioxide four phosphorous atoms lie at the corners of a tetrahedron and six oxygen atoms along the edges. The P-O bond distance is 165.6 pm which is shorter than the single bond distance of P-O (184 pm) due to pπ-dπ bonding and results in considerable double bond character.

In P4O10 each P atoms form three bonds to oxygen atom and also an additional coordinate bond with an oxygen atom. 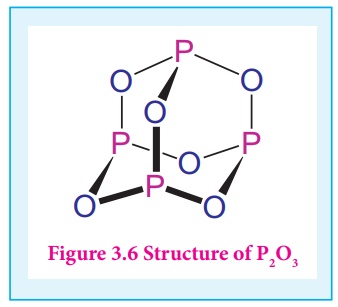 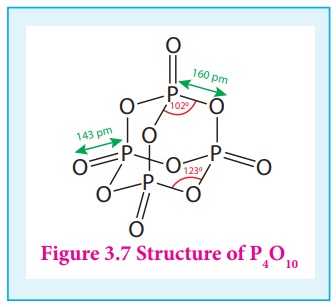 Terminal coordinate P-O bond length is 143 pm, which is less than the expected single bond distance. This may be due to lateral overlap of filled p orbitals of an oxygen atom with empty d orbital on phosphorous. 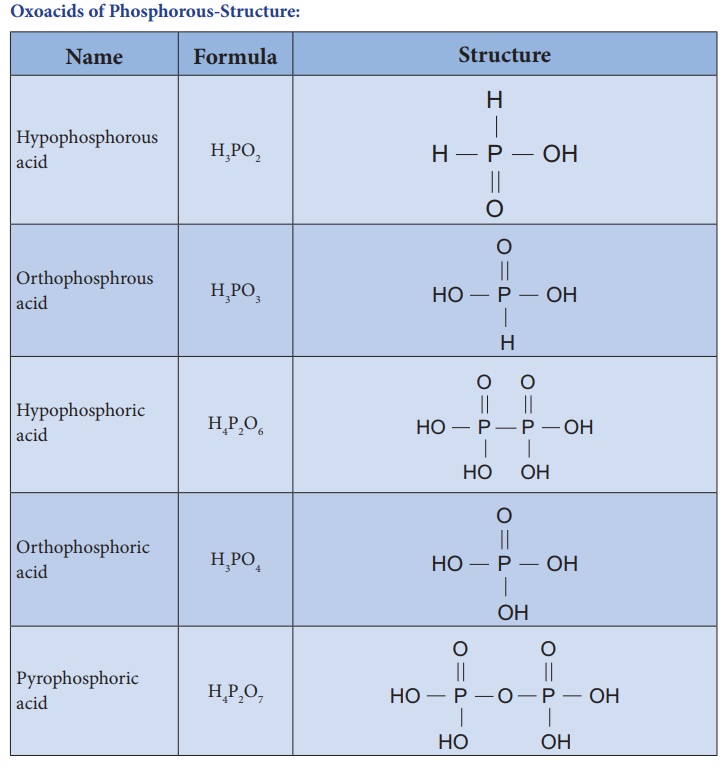 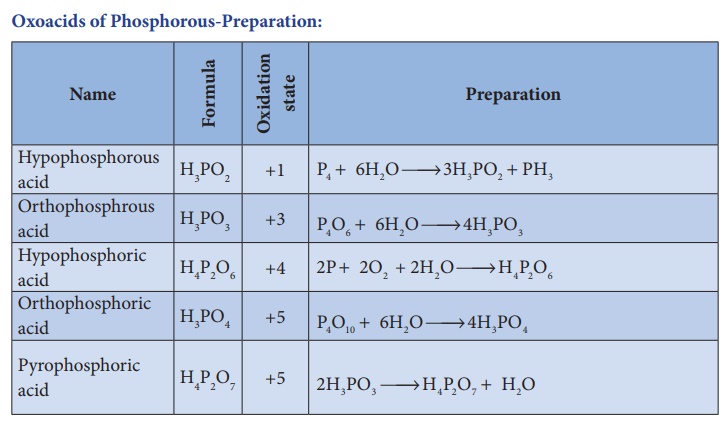