The treatment of chromatography assumes that a solute elutes as a symmetrical band.

The treatment of chromatography assumes that a solute elutes as a symmetrical band, such as that shown in Figure 12.7. This ideal behavior occurs when the solute’s partition coefficient, KD, is constant for all concentrations of solute. In some situations, chromatographic peaks show nonideal behavior, lead- ing to asymmetrical peaks, similar to those shown in Figure 12.10. The chromato- graphic peak in Figure 12.10a is an example of “fronting” and is most often the re- sult of overloading the column with sample. Figure 12.10b, which is an example of “tailing,” occurs when some sites on the stationary phase retain the solutes more strongly than other sites. 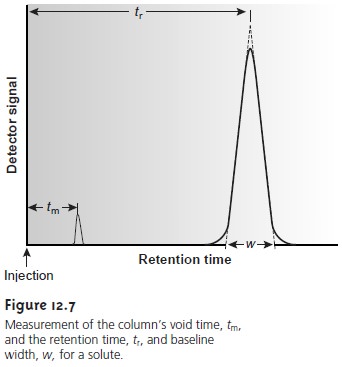 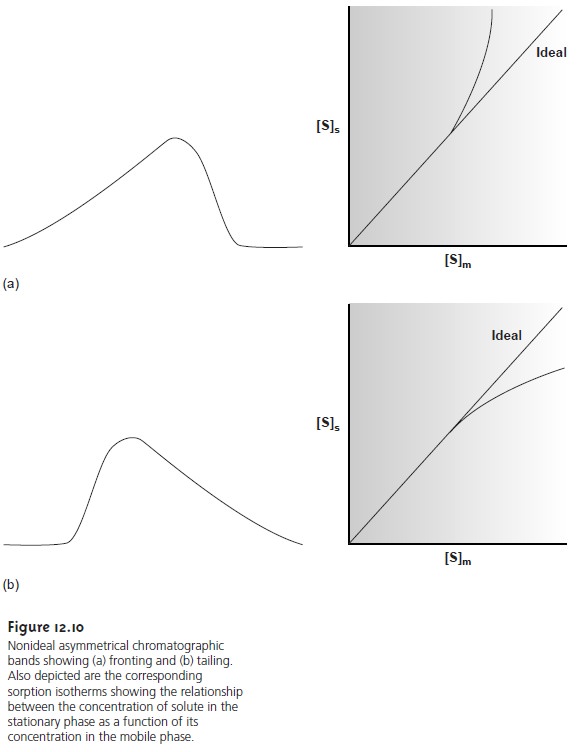