Gas chromatography is widely used for the analysis of a diverse array of samples in environmental, clinical, pharmaceutical, biochemical, forensic, food science, and petrochemical laboratories.

Gas chromatography is widely used for the analysis of a diverse array of samples in environmental, clinical, pharmaceutical, biochemical, forensic, food science, and petrochemical laboratories. Examples of these applications are discussed in the fol- lowing sections.

One of the most important environmental applications of gas chromatography is for the analysis of numerous organic pollutants in air, water, and wastewater. The analysis of volatile organics in drinking water, for example, is accomplished by a purge and trap, followed by their separation on a capillary col- umn with a nonpolar stationary phase. A flame ionization, electron capture, or mass spectrometer can be used as a detector. Figure 12.25a shows a typical chro- matogram for the analysis of chlorinated pesticides in water. 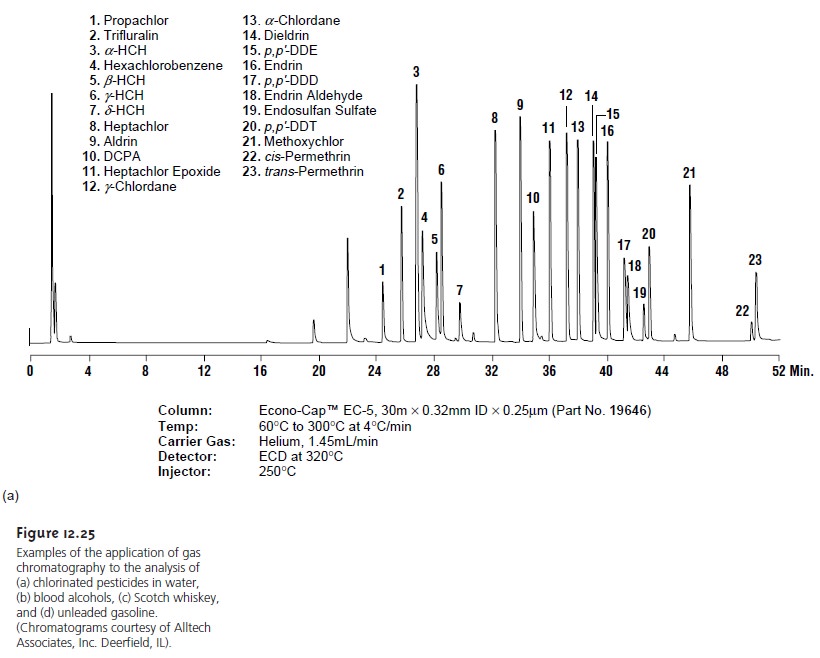 Clinical, pharmaceutical, and forensic labs make frequent use of gas chromatography for the analysis of drugs. Because the sample’s matrix is often incompatible with the GC column, analytes generally must be isolated by extrac- tion. Figure 12.25b shows how gas chromatography can be used in monitoring blood alcohol levels.

Many flavors, spices, and fragrances are readily analyzed by GC, using headspace analysis or thermal desorption. Foods and beverages are analyzed either directly or following a suitable extraction. Volatile materials, such as those found in spices and fragrances, often can be obtained by headspace sampling. Fig- ure 12.25c shows a typical analysis of a sample of Scotch whiskey. 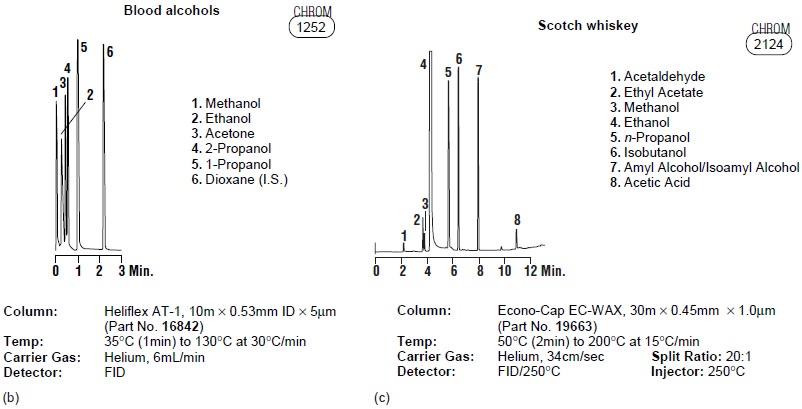 Unless chromatographic conditions are carefully controlled to maintain a constant column efficiency, variations in peak height may decrease the accuracy and precision of the quantitative analysis. A better choice is to measure the area under the chromatographic peak with an inte- grating recorder. Since peak area is directly proportional to the amount of analyte that was injected, changes in column efficiency will not affect the accuracy or preci- sion of the analysis.

Calibration curves are usually constructed by analyzing a series of external standards and plotting the detector’s signal as a function of their known concentra- tions. As long as the injection volume is identical for every standard and sample, calibration curves prepared in this fashion give both accurate and precise results. Unfortunately, even under the best of conditions, replicate injections may have vol- umes that differ by as much as 5% and often may be substantially worse. For this reason, quantitative work requiring high accuracy and precision is accomplished using an internal standard. 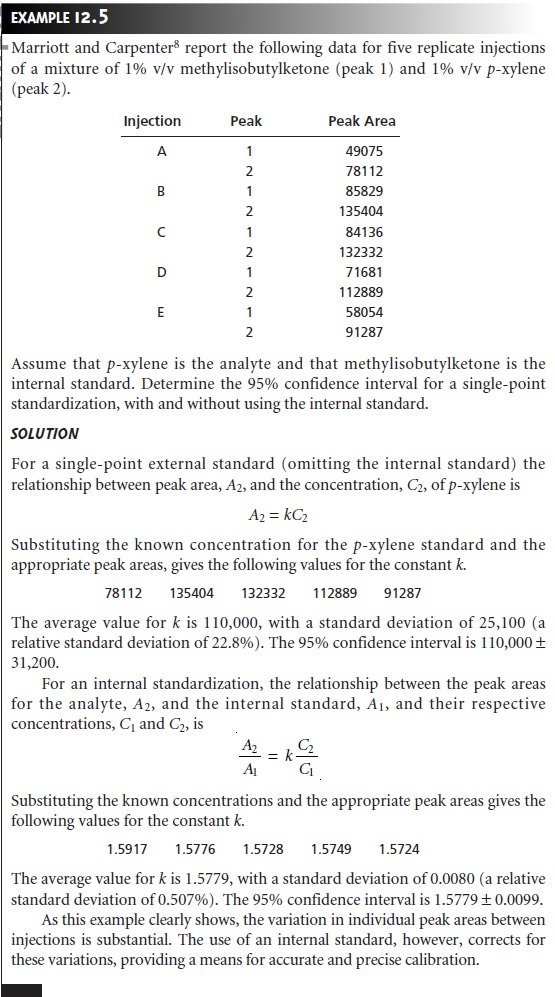