When current flows through a resistor, some of the electrical energy delivered to the resistor is converted into heat energy and it is dissipated.

When current flows through a resistor, some of the electrical energy delivered to the resistor is converted into heat energy and it is dissipated. This heating effect of current is known as Joule’s heating effect. Just as current produces thermal energy, thermal energy may also be suitably used to produce an electromotive force. This is known as thermoelectric effect.

If a current I flows through a conductor kept across a potential difference V for a time t, the work done or the electric potential energy spent is

In the absence of any other external effect, this energy is spent in heating the conductor. The amount of heat(H) produced is

This relation was experimentally verified by Joule and is known as Joule’s law of heating. It states that the heat developed in an electrical circuit due to the flow of current varies directly as

(i) the square of the current

(ii) the resistance of the circuit and

Find the heat energy produced in a resistance of 10 Ω when 5 A current flows through it for 5 minutes.

Electric iron, electric heater, electric toaster shown in Figure 2.30 are some of the home appliances that utilize the heating effect of current. In these appliances, the heating elements are made of nichrome, an alloy of nickel and chromium. Nichrome has a high specific resistance and can be heated to very high temperatures without oxidation. 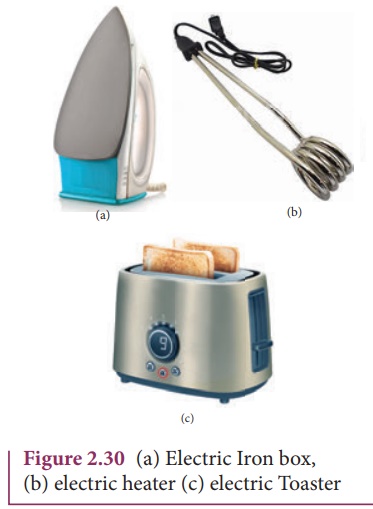 An electric heater of resistance 10 Ω connected to 220 V power supply is immersed in the water of 1 kg. How long the electrical heater has to be switched on to increase its temperature from 30°C to 60°C. (The specific heat of water is s = 4200 J kg-1)

According to Joule’s heating law H = I2 Rt

Fuses as shown in Figure 2.31, are connected in series in a circuit to protect the electric devices from the heat developed by the passage of excessive current. It is a short length of a wire made of a low melting point material. It melts and breaks the circuit if current exceeds a certain value. Lead and copper wire melts and burns out when the current increases above 5 A and 35 A respectively.

The only disadvantage with the above fuses is that once fuse wire is burnt due to excessive current, they need to be replaced. Nowadays in houses, circuit breakers (trippers) are also used instead of fuses. 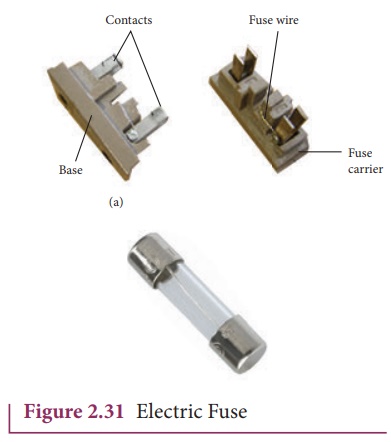 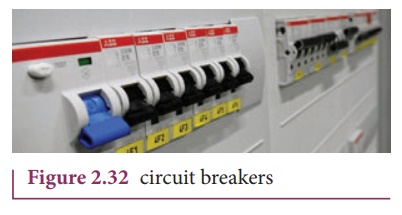 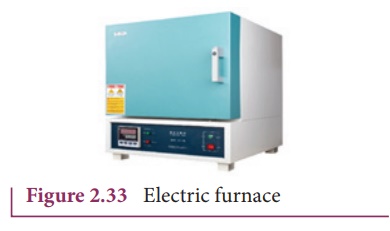 It consists of a tungsten filament (melting point 3380 ºC) kept inside a glass bulb and heated to incandescence by current. In incandescent electric lamps only about 5% of electrical energy is converted into light and the rest is wasted as heat. Electric discharge lamps, electric welding and electric arc also utilize the heating effect of current as shown in Figure 2.34. 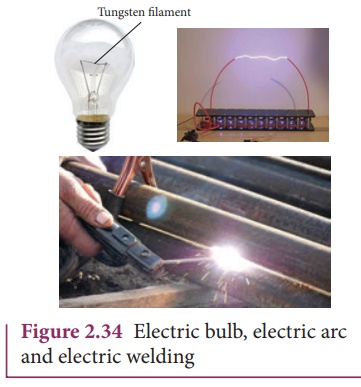