Variation of g(acceleration of gravity) with altitude, depth and latitude

Consider an object of mass m at a height h from the surface of the Earth.

Variation of g with altitude, depth and latitude

Consider an object of mass m at a height h from the surface of the Earth. Acceleration experienced by the object due to Earth is 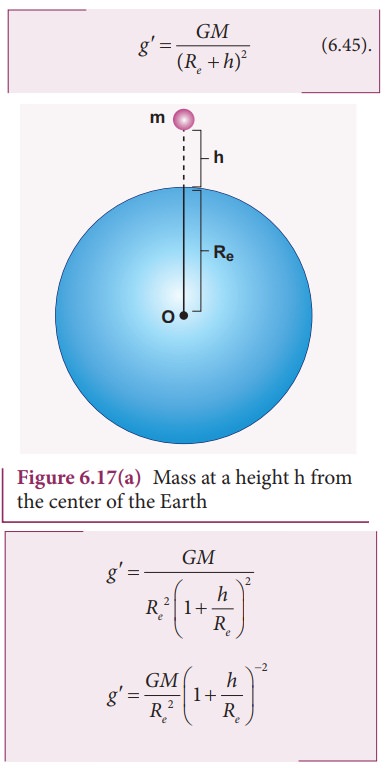 We can use Binomial expansion. Taking the terms upto first order 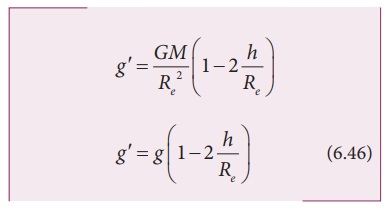 We find that g’< g . This means that as altitude h increases the acceleration due to gravity g decreases.

1. Calculate the value of g in the following two cases:

a) If a mango of mass ½ kg falls from a tree from a height of 15 meters, what is the acceleration due to gravity when it begins to fall? 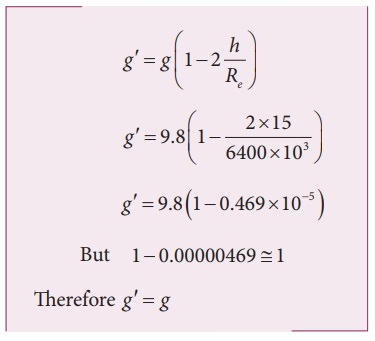 b) Consider a satellite orbiting the Earth in a circular orbit of radius 1600 km above the surface of the Earth. What is the acceleration experienced by the satellite due to Earth’s gravitational force? 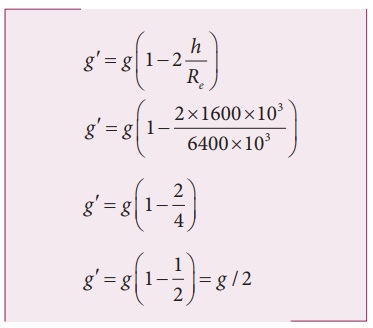 The above two examples show that the acceleration due to gravity is a constant near the surface of the Earth.

Variation of g with depth:

Consider a particle of mass m which is in a deep mine on the Earth. (Example: coal mines in Neyveli). Assume the depth of the mine as d. To calculate g′ at a depth d, consider the following points. 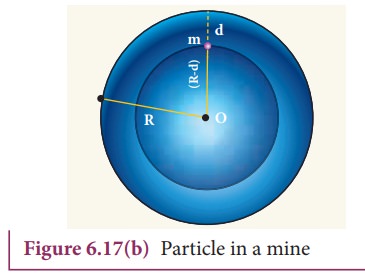 The part of the Earth which is above the radius (Re − d) do not contribute to the acceleration. The result is proved earlier and is given as

Assuming the density of Earth ρ to be constant,

where M is the mass of the Earth and V its volume, Thus, 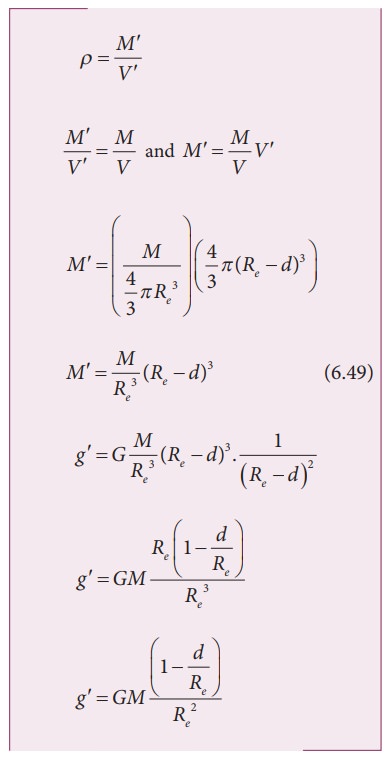 Here also  g ′ < g . As depth increases, g′ decreases. It is very interesting to know that acceleration due to gravity is maximum on the surface of the Earth but decreases when we go either upward or downward.

Variation of g with latitude: 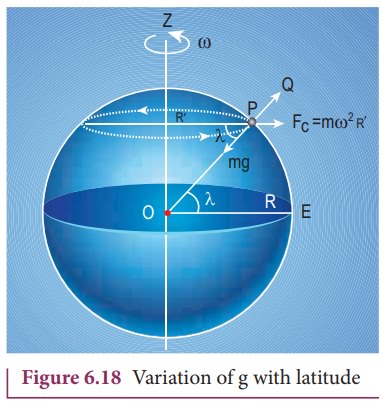 This centrifugal force is given by mω2R’ .

where λ is the latitude. The component of centrifugal acceleration experienced by the object in the direction opposite to g is

Find out the value of g′ in your school laboratory?

Calculate the latitude of the city or village where the school is located. The information is available in Google search. For example, the latitude of Chennai is approximately 13 degree.

It is to be noted that the value of λ should be in radian and not in degree. 13 degree is equivalent to 0.2268 rad.