The force experienced by a mass ‘m’ which is on the surface of the Earth (Figure 6.7) is given by 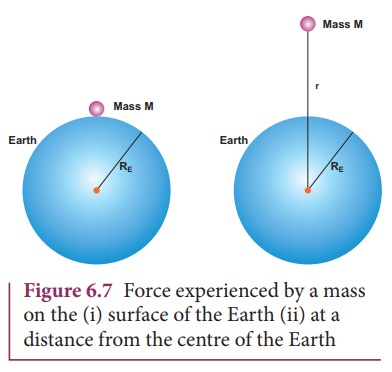 Now the force experienced by some other object of mass M at a distance r from the center of the Earth is given by,

From this it is clear that the force can be calculated simply by knowing the value of g. It is to be noted that in the above calculation G is not required.