Force is basically due to the interaction between two particles. Depending upon the type of interaction we can have two kinds of forces: Contact forces and Non-contact forces. 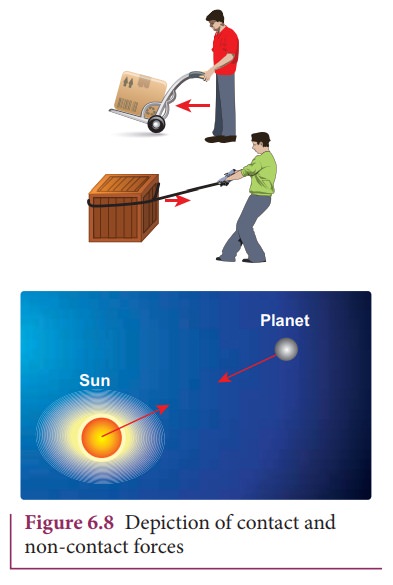 Contact forces are the forces applied where one object is in physical contact with the other. The movement of the object is caused by the physical force exerted through the contact between the object and the agent which exerts force.

Consider the case of Earth orbiting around the Sun.

Where rˆ  is a unit vector that points from m1 to m2 along the line joining the masses m1 and m2.

(here after called as gravitational field) at a point which is at a distance r from m1 is defined as the gravitational force experienced by unit mass placed at that point. It is given by the ratio

is a vector quantity that points towards the mass m1 and is independent of mass m2, Here m2 is taken to be of unit magnitude . The unit rˆ is along the line between m1 and the point in question. The field

In general, the gravitational field intensity due to a mass M at a distance r is given by

Now in the region of this gravitational field, a mass ‘m’ is placed at a point P (Figure 6.9). Mass ‘m’ interacts with the field

and experiences an attractive force due to M as shown in Figure 6.9. The gravitational force experienced by ‘m’ due to ‘M’ is given by 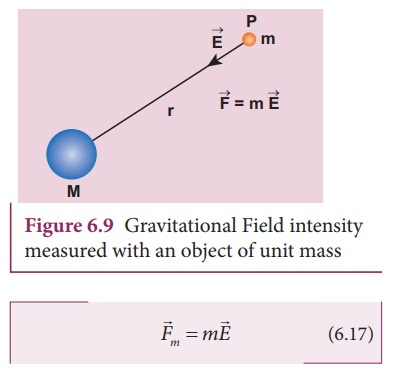 Now we can equate this with Newton’s second law

In other words, equation (6.18) implies that the gravitational field at a point is equivalent to the acceleration experienced by a particle at that point. However, it is to be noted that

are separate physical quantities that have the same magnitude and direction. The gravitational field

is the property of the source and acceleration

. The non-contact interaction between two masses can now be explained using the concept of “Gravitational field”.

Points to be noted:

i) The strength of the gravitational field decreases as we move away from the mass M as depicted in the Figure 6.10. The magnitude of

decreases as the distance r increases. 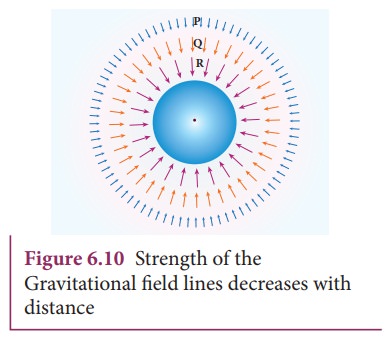 Figure 6.10 shows that the strength of the gravitational field at points P, Q, and R is given by

. It can be understood by comparing the length of the vectors at points P, Q, and R.

ii) The “field” concept was introduced as a mathematical tool to calculate gravitational interaction. Later it was found that field is a real physical quantity and it carries energy and momentum in space. The concept of field is inevitable in understanding the behavior of charges.

iii) The unit of gravitational field is Newton per kilogram (N/kg) or m s-2.