Prehistoric people undoubtedly recognized the beneficial or toxic effects of many plant and animal materials.

THE HISTORY OF PHARMACOLOGY

Prehistoric people undoubtedly recognized the beneficial or toxic effects of many plant and animal materials. Early written records from China and Egypt and the traditions of India list remedies of many types, including a few that are still recognized as useful drugs today. Most, however, were worthless or actually harmful. In the 1500 years or so preceding the present, there were sporadic attempts to introduce rational methods into medicine, but none was successful owing to the dominance of systems of thought that purported to explain all of biology and disease without the need for experimentation and observation. These schools promulgated bizarre notions such as the idea that disease was caused by excesses of bile or blood in the body, that wounds could be healed by applying a salve to the weapon that caused the wound, and so on.

Around the end of the 17th century, and following the example of the physical sciences, reliance on observation and experimentation began to replace theorizing in medicine. As the value of these methods in the study of disease became clear, physicians in Great Britain and on the Continent began to apply them to the effects of traditional drugs used in their own practices. Thus, materiamedica—the science of drug preparation and the medical use ofdrugs—began to develop as the precursor to pharmacology. However, any real understanding of the mechanisms of action of drugs was prevented by the absence of methods for purifying active agents from the crude materials that were available and— even more—by the lack of methods for testing hypotheses about the nature of drug actions.

In the late 18th and early 19th centuries, François Magendie, and later his student Claude Bernard, began to develop the meth-ods of experimental physiology and pharmacology. Advances in chemistry and the further development of physiology in the 18th, 19th, and early 20th centuries laid the foundation needed for understanding how drugs work at the organ and tissue levels. Paradoxically, real advances in basic pharmacology during this time were accompanied by an outburst of unscientific claims by manufacturers and marketers of worthless “patent medicines.” Not until the concepts of rational therapeutics, especially that of the controlled clinical trial, were reintroduced into medicine— only about 60 years ago—did it become possible to accurately evaluate therapeutic claims.

Around the same time, a major expansion of research efforts in all areas of biology began. As new concepts and new techniques were introduced, information accumulated about drug action and the biologic substrate of that action, the drug receptor. During the last half-century, many fundamentally new drug groups and new members of old groups were introduced. The last three decades have seen an even more rapid growth of information and understanding of the molecular basis for drug action. The molec-ular mechanisms of action of many drugs have now been identi-fied, and numerous receptors have been isolated, structurally characterized, and cloned. In fact, the use of receptor identifica-tion methods  has led to the discovery of many orphan receptors—receptors for which no ligand has been discovered and whose function can only be surmised. Studies of the local molecular environment of receptors have shown that receptors and effectors do not function in isolation; they are strongly influenced by other receptors and by companion regula-tory proteins.

Pharmacogenomics—the relation of the individual’s geneticmakeup to his or her response to specific drugs—is close to becoming a practical area of therapy (see Box: Pharmacology & Genetics). Decoding of the genomes of many species—from bacteria to humans—has led to the recognition of unsuspected relationships between receptor families and the ways that recep-tor proteins have evolved. Discovery that small segments of RNA can interfere with protein synthesis with extreme selectivity has led to investigation of small interfering RNAs (siRNAs) and microRNAs (miRNAs) as therapeutic agents. Similarly, shortnucleotide chains called antisense oligonucleotides (ANOs) synthesized to be complementary to natural RNA or DNA can interfere with the readout of genes and the transcription of RNA. These intracellular targets may provide the next major wave of advances in therapeutics.

The extension of scientific principles into everyday therapeutics is still going on, although the medication-consuming public is still exposed to vast amounts of inaccurate, incomplete, or unscientific information regarding the pharmacologic effects of chemicals. This has resulted in the irrational use of innumerable expensive, ineffective, and sometimes harmful remedies and the growth of a huge “alternative health care” industry. Unfortunately, manipulation of the legisla-tive process in the United States has allowed many substances promoted for health—but not promoted specifically as “drugs”—to avoid meeting the Food and Drug Administration (FDA) standards described. Conversely, lack of understanding of basic scientific principles in biology and statistics and the absence of critical thinking about public health issues have led to rejection of medicalscience by a segment of the public and to a common tendency to assume that all adverse drug effects are the result of malpractice.

Two general principles that the student should remember are (1) that all substances can under certain circumstances be toxic, and the chemicals in botanicals (herbs and plant extracts) are no different from chemicals in manufactured drugs except for the proportion of impurities (greater in botanicals); and, (2) that all dietary supplements and all therapies promoted as health-enhancing should meet the same standards of efficacy and safety as conventional drugs and medical therapies. That is, there should be no artificial separation between scientific medicine and “alternative” or “complementary” medicine. 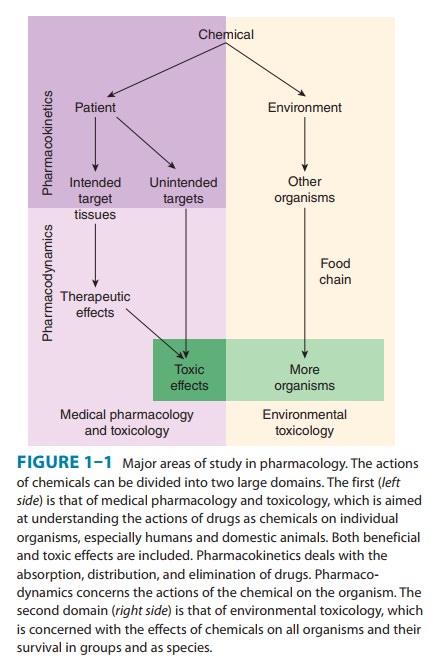